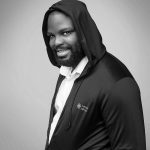 Before becoming a housemate on a show broadcast to millions of African youths, the world was already showing a healthy outlook for Big Brother Naija’s JayPaul who was looking forward to more. The skill to make do with less has yielded a mobile cinematic sensation and design focusing on victims of cyberbullying or depression. Now, he is evolving towards new ideas, armed with all the perks that participation in a big show could bring. Through the eyes of this affectionate reality television star reveals hopefulness, the passion to work smarter, and the feeling of willingness to give love. DOWNTOWN’s Ayodele Johnson and Kehindé Fagbule speak to him about his time in the house and what the future holds.

Coming back from the Big Brother Naija temporary escape, which JayPaul do you see projecting into the future?

It was an escape route for most of us because we were cut away from the internet, news, world events. We were in a space where the only thing that we had was food, light, and everything else except information from the outside world. So it was quite good for us. That helped us stay pretty much sane because there are things outside- news and all that stuff that get people tired and weak at the same time.

The JayPaul that was in the house? I am pretty much the same person outside the house. I like to be creative: entertainment, television, and music. So, yeah the person they would see outside the house would definitely be that guy who is a complete entertainer. I will be doing everything related to television- TV presentations, cinematography-because I was able to show a lot of skills with the tasks that had to do with film and drama- and then music every now and then. Basically, I will just be competent. I want to be the definition of what a reality TV star is. So that is the JayPaul you will see.

Like other contestants, you hoped to be the winner but that did not materialise as envisaged. Has this experience taught you about perseverance nonetheless?

This was actually my fourth time trying for Big Brother. I was five minutes away from climbing the stage and being in the house in the last one, but I didn’t make it. So I started learning perseverance a long time ago and I just knew that if you want something, you have to keep pushing. The idea of being the winner? Actually, I was open to every possibility. What I wanted the most was to get on that platform and show the world my abilities, my skills, and what I could do. And I think I got that opportunity- if I was meant to win, I would have won. So the best man definitely won. But I think what I have done is that I have won in life. I became victorious just going in through those doors. That was a victory for me and then being able to showcase my abilities to the world in the various tasks and the various things that we did in the house.

What would you do with true love if you found one?

Truthfully, I had an experience once in my life and that experience was when I lost my dad. He was one person who was always proud of me definitely. He was always proud of all the things I did but he never said it to my face. He never said ‘oh! I am proud of you or I love you.’ But two days before he passed, he sent me a message. And the message was ‘I am proud of you.’ I saw the message and I didn’t reply and I thought it was funny. ‘Why is my dad sending me this kind of message?’ Two days later, he passed. So that was one experience for me that made me tell myself that no matter what happens in this life; no matter how I feel about anybody and how emotionally connected I am to anybody, I will definitely show it and I will tell the person. Hence why I seem to be an affectionate person; an emotional person because I don’t know what tomorrow brings. My wife will enjoy me. I will definitely shower her with lots of love and care. I don’t want any moment to pass by that I am going to regret. 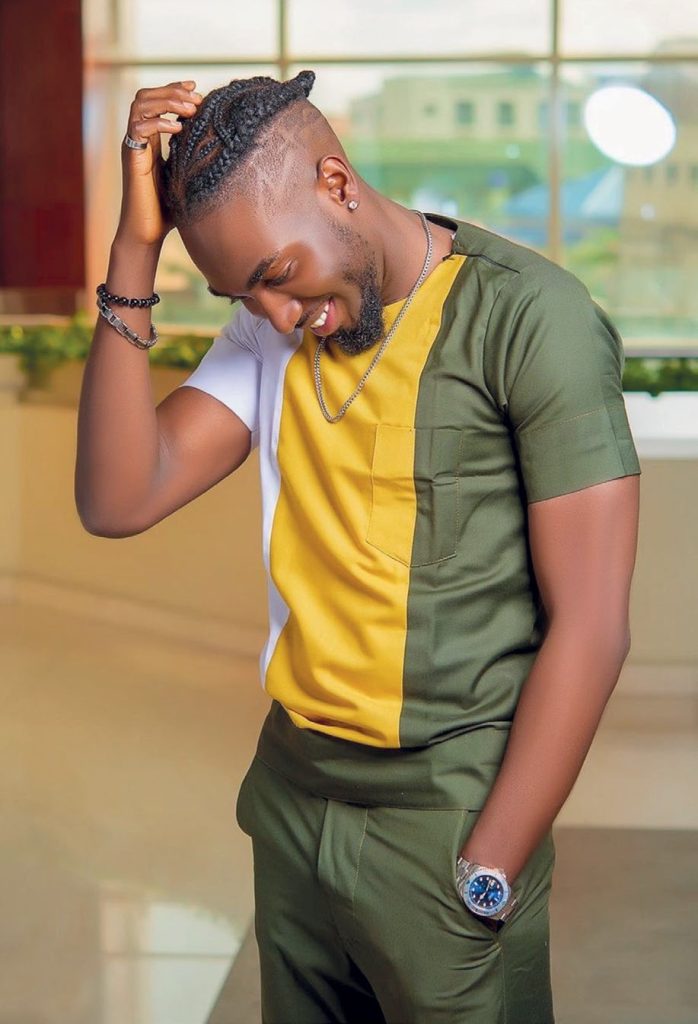 We had a chat with Charles Born not long ago for Sórósoke Downtown. He talked about a project that you are both involved in. It is called iPhoneography. Can you talk about that?

Me and Charles Born go way back. We used to work together in television and then we became friends. So we came together and decided not to wait for that big break before we start doing something. At that point in time, I didn’t even know that the story that we wrote that time would be the story that I am living now. There is a new jungle justice in town which is social media. By this, I mean cyberbullying. A lot of people come online and say one or two things about you even if it’s not true. Everyone has an opinion but nobody cares how it affects the person it is being said about. We witnessed a lot of stories last year. Suicidal rates and depression grew amongst young people just because they were cyberbullied. So we decided to shoot a short movie which we called ‘Tainted’, and put it online. Charles Born was the lead director, and we had guys with floodlights. It was based on a true story of somebody who was cyberbullied and the person committed suicide. So at the end of the day, we realised that there are a lot of stories among young people in Africa – in Nigeria- that we can tell. We started shooting with mobile phones, and we called it a collective effort production.

Speaking of cyberbullying, does that make you feel like there is a strong backing already for the regulation of social media?

The honest truth is, it is freedom of speech man! You can’t stop people from talking. Even before social media, people were able to say everything on their mind. So what you now need to do is you have to be responsible for what you say. Do a lot of research. If you don’t know anything about something it is better not to say anything. Even if you regulate it, it is still going to come out in another form. It all boils down to a human being and being responsible for your actions and words. Love thy neighbour as thyself – what you don’t want anybody to do to you, don’t do that to another person. That’s what it is.

Do you think you are in a love triangle with Saskay and Cross?

First of all, Cross is a great guy; that’s what I always say. He is an amazing guy and I think we are going to be friends and brothers for a long time. I saw that connection in the house. I was touched with his level of humility and his personality. You can’t hold anything wrong against him. So that alone was enough motivation for me not to have any issue with this guy. He is an unproblematic person. Saskay also didn’t want to hurt anybody. She didn’t want to hurt me, and she didn’t want to hurt him either. Hence the whole love triangle that everybody is talking about. But if I am in a triangle, I don’t know o!

What matters to you?

The biggest picture I ever had was walking through those doors and being on that global stage. Going forth, I want to be able to be a source of inspiration to other people who are struggling hard to get their dreams actualized. If your dreams are not big enough, people will not laugh. I want to be able to do projects that will inspire people. I want to be a point of contact or inspiration. I want to inspire as many young people out there as possible. Let them keep pushing. Let them keep going. You don’t know when you are one second away from striking gold.

You currently are not the person that you were before joining the show. What do you plan to do with the recognition you are getting right now?

Basically, I want to be the definition of what a reality TV star is. So when you turn on your TV, you will see me hosting the biggest TV shows. When you turn on your radio, you will hear my songs on repeat, see me on the streets and on billboards. I want to be everywhere. I am going to be doing a lot of TV gigs and promoting my music as well. I will be doing a lot of mobile cinematography. I have a business that I co-founded and I am also a partner. You’re going to be seeing a lot of me.

How are you going to manage the image of being a TV star because that is going to come with pressure?

I started preparing for this a long time ago. I have always been into television and entertainment. My dad was a filmmaker; he was the first animator in Nigeria so I actually grew up in the four walls of television and was a child actor growing up. This is all I have ever dreamt of. All I ever wanted and I think now is the time. I was prepared for it and I am ready for every challenge that comes my way. 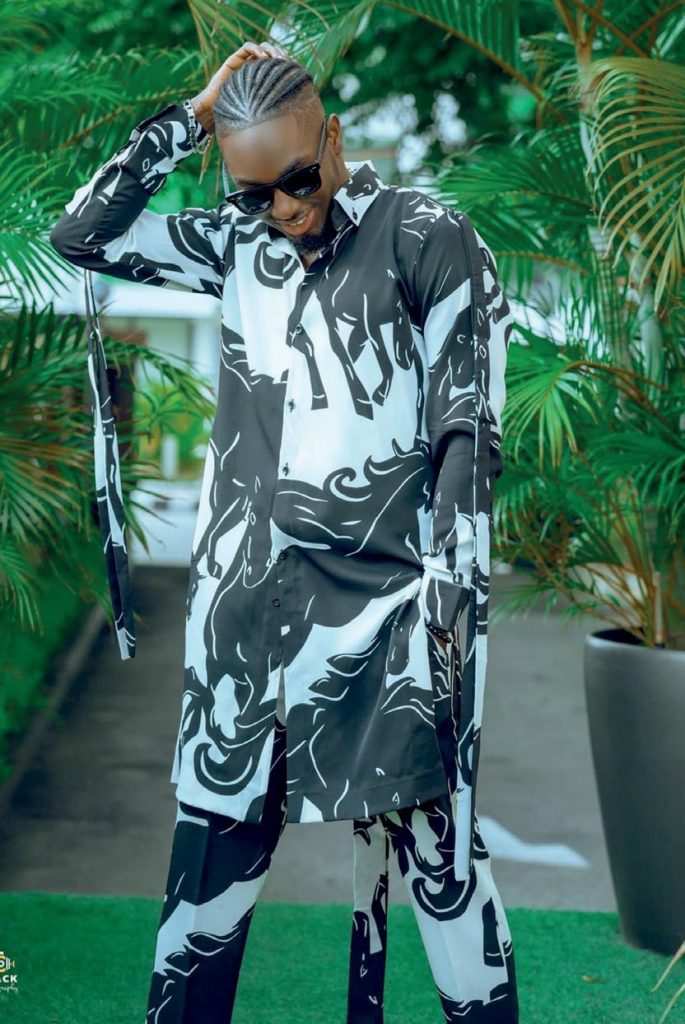 How are you a better person because you participated in Big Brother?

Basically, I just learnt how to be more patient with people. To just never say never. There is always a solution to every problem. I don’t like to grumble over issues but to find solutions. I think that’s what has worked out for me. One of the things in the house was – you know how we always have tasks every day and they give limited time to prepare for it? That has made me work on my feet. Now I am thinking pretty fast. That is the major thing that has changed for me.

As a Nigerian, what bothers you the most?

I just want my country to be great. I want all hands on deck to make the country great again. Both the leaders and the citizens. Everybody- we have a responsibility to our country. It starts from our immediate environment – from the family to the society. For me, I just want to do every possible thing that pushes my country’s image and makes us have a positive light in the world.

How did support from family help you achieve your goals in the house?

I imagined how much love they were sending me back home. That’s enough reason to say that I am waking up – I am standing up and making the best use of the day. People don’t know how far prayers and your thoughts can go. Just positively thinking for somebody is enough to make that person actualize their dreams. So that was enough. Love from family was great. Thanks. 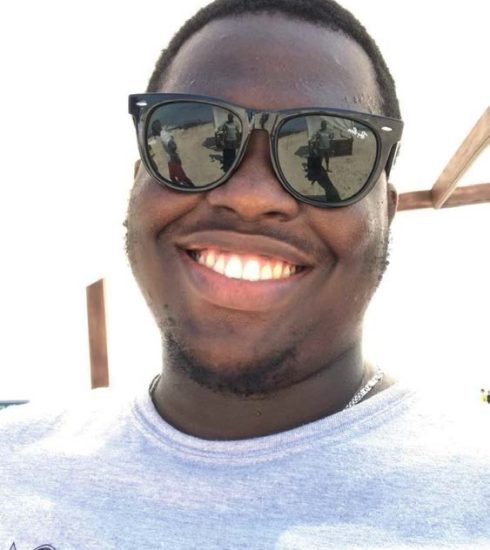 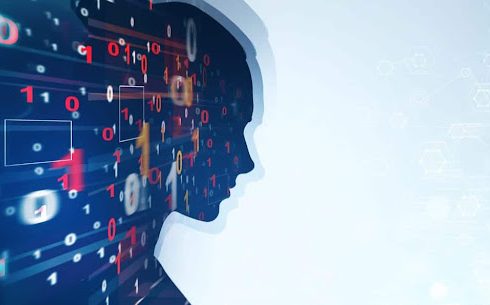 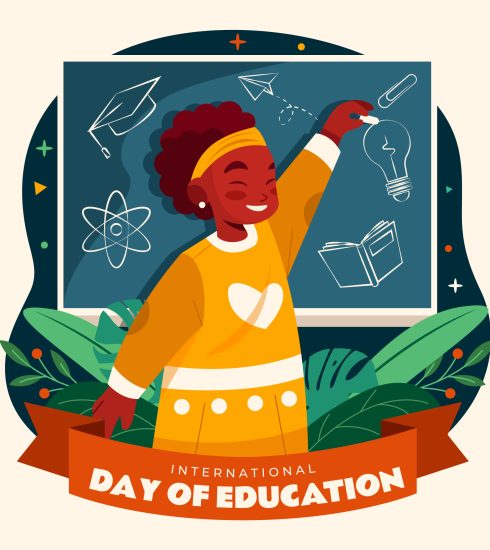 Quality Education, Key To The Nigeria of Our Dreams