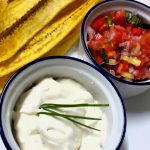 Blurred Lines: Getting A Step Closer To Fashion Equality

As I tried to think of a scenario in which men have fewer privileges than women, clothing came to mind. For decades, women have been able to wear trousers, suits, and just about anything in the men’s section; and it is socially acceptable. Being a “tomboy” isn’t derogatory, it is even considered cool in some cases. On the other hand, it’s not socially acceptable for a man to wear fake long nails, high heels, and a dress. Think of any men’s clothing, any at all; a woman can pull it off without anyone batting an eyelid. She would dress as a best man (suit, tie, and men’s shoes like we’ve seen a lot of in recent times) and be met with “awws”. Imagine the outrage if a man wore a bridesmaid’s dress.
In general, women’s fashion has much more variety and expression. For men, however, clothes worn in the 1800s aren’t too far off from what they wear now. So clearly, this is a case where men have fewer choices.
But, why is this the case? Why can women wear men’s clothes, but men can’t do the same?

Why hasn’t there been a prevalent trend for men wearing women’s clothing? Although male celebrities like David Bowie and Jaden Smith have been styled in feminine wear, it has yet to become a common sight within most public areas. This led to having a conversation with some male friends where the question if they ever wanted to wear female clothes and why they don’t was asked. They didn’t think about it for a second, their responses were, “No, I don’t want to look weird to other people,” “Skirts seem comfortable, but I don’t want to look feminine,” “People might think I’m gay,” and, “Society isn’t ready for that.” 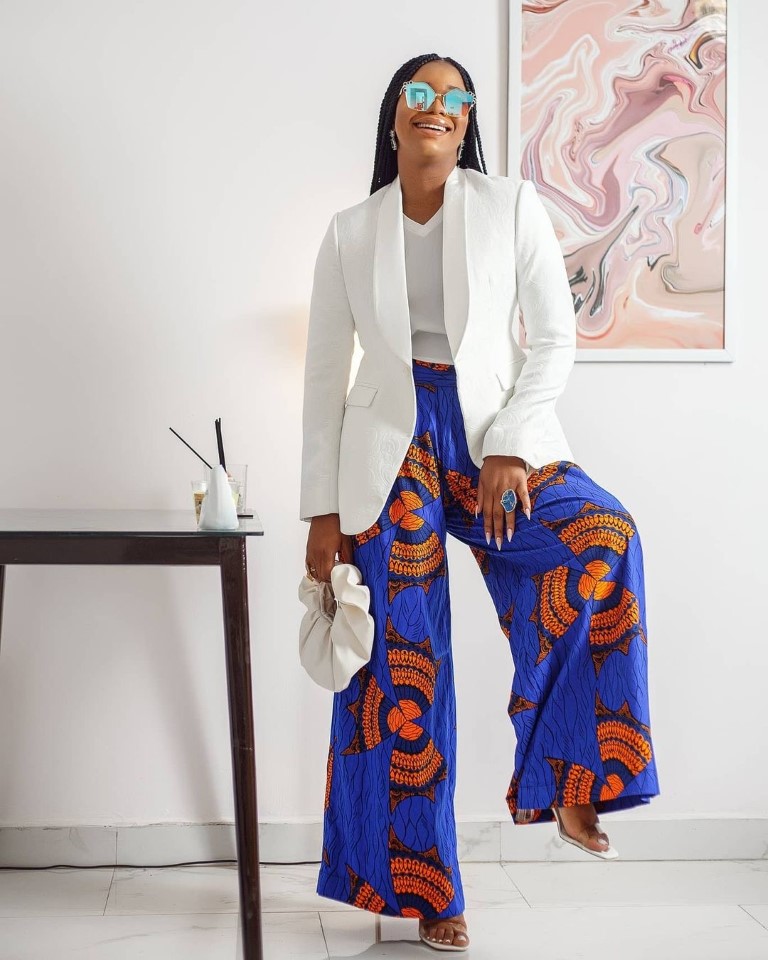 The same questions were directed at some female friends just to compare reactions. No surprises there; most of them have worn their boyfriend’s entire outfits. From those conversations, it would seem that women adopted men’s fashion as a sign of empowerment because men are symbolized as powerful. Wearing men’s clothing gives the illusion of a male body frame along with the characteristics that are attached to masculinity. Shoulder pads emphasize strength; Pants indicate authority; Neckties evoke credibility. Female blazers and pantsuits were signals that women have entered businesses, politics, and other positions of power. So not only can women wear men’s clothing, they want to. Reaching the level of a man’s wardrobe is aspirational because they are perceived to be of a higher status. This perception is physically evident by how we feel based on what we wear. Wearing your man’s t-shirt for instance is a cultural phenomenon that has been given a romantic connotation. Chivalry or not, there’s a sense of protection that comes with it.

At ELLE’s 2018 Women in Hollywood event, singer and lead actress of A Star is Born, Lady Gaga, wore an oversized Marc Jacobs power suit to make a statement. During her speech, she said, “We have the power to speak and be heard and fight back when we are silenced…So, after trying 10 or so dresses, with a sad feeling in my heart, that all that would matter was what I wore to this red carpet, I saw an oversized Marc Jacobs suit buried quietly in the corner… I decided today I wanted to take the power back. Today I wear the pants.” Wearing the “pants” mentally empowered her because a male-inspired outfit made her feel like she had the same power as a man. 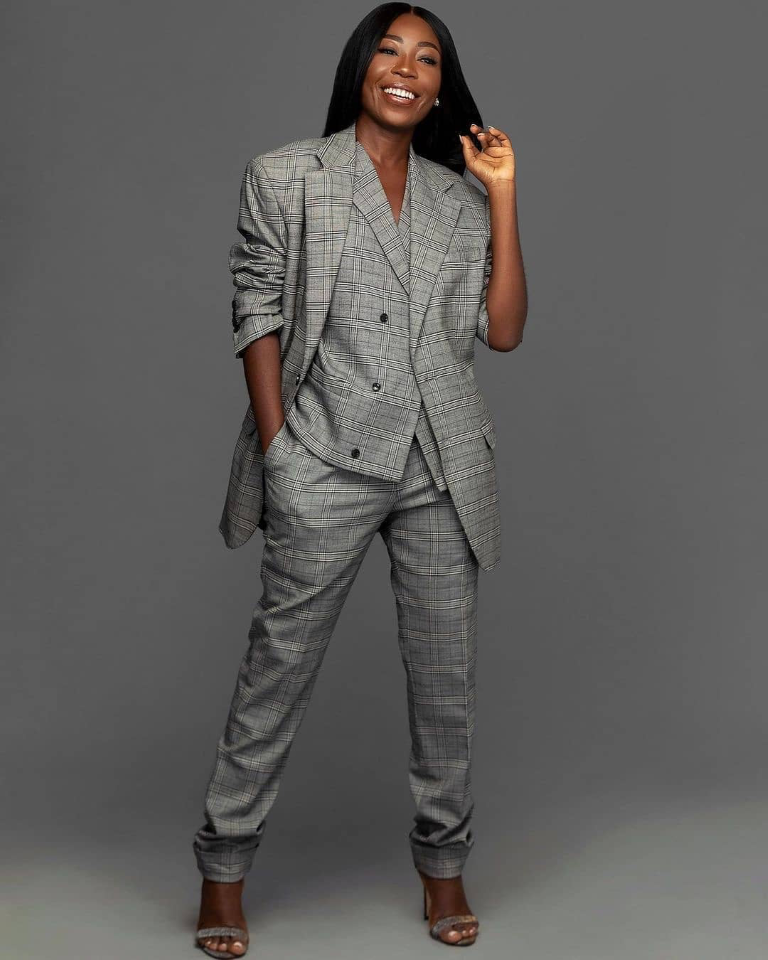 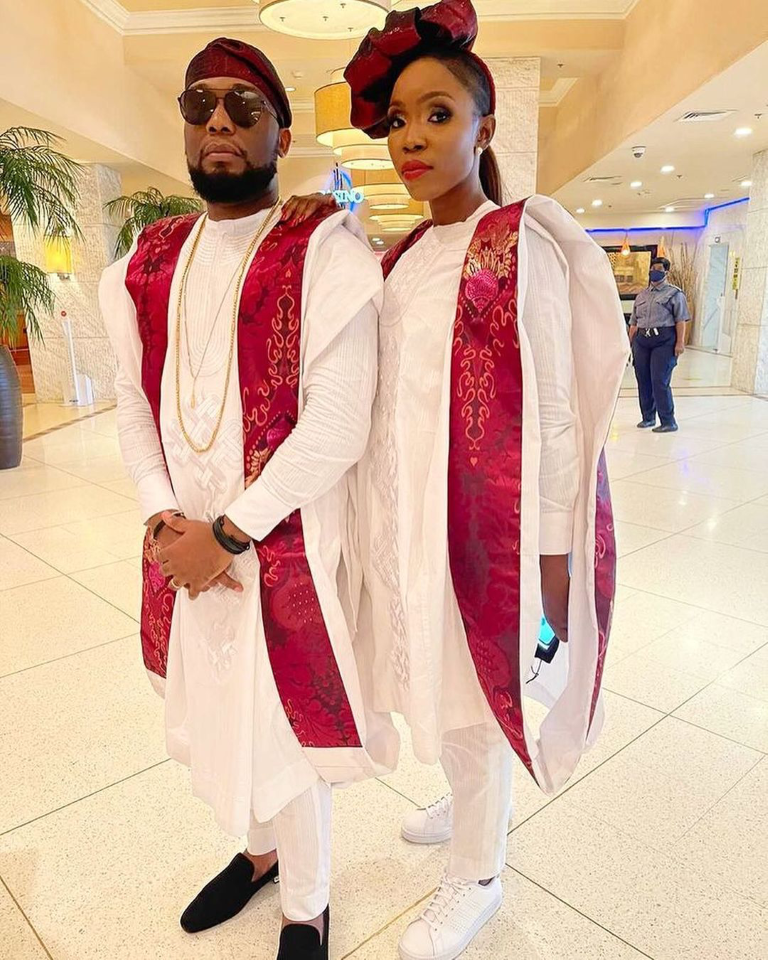 However, there is no empowerment linked to a pencil skirt. If a man wears a dress, he doesn’t seem strong, he seems “feminine,” which is often tied to a weaker, submissive character. A man cannot dress in a gown without their sexuality being questioned. You must be gay, trans, or anything else but a straight man, because a man who likes wearing a skirt undermines the display of male power. Also, if you’re indeed homosexual, it’s different because gay men aren’t “real” men since “real” men aren’t feminine. There is fear and shame in wearing women’s clothes because it would force men to view and express themselves in ways they were conditioned not to. Sundresses are soft and airy; sleeveless tops vulnerably expose your shoulders and arms – which is not exactly something to be proud of if you don’t have biceps; bejeweled hairpieces emote flamboyance. These types of feelings are restricted for many men, which is showcased in their restrictive fashion.

On the opposing end of the spectrum legendary TV personality, Denrele Edun was for the most part of his illustrious career, targeted by the public for his choice of wardrobe. Having interviewed the likes of Akon, Beyoncé Knowles, Tyler Perry, Lil’ Kim, Snoop Dogg, Cuba Gooding, Amerie, and Lloyd, Denrele had established himself as a force to reckon with and one of the nation’s biggest names in his field. Despite being very talented and one of the best at what he does, people choose instead, to focus on his choice of shoes in a reductive attempt to label him either gay or an attention seeker. 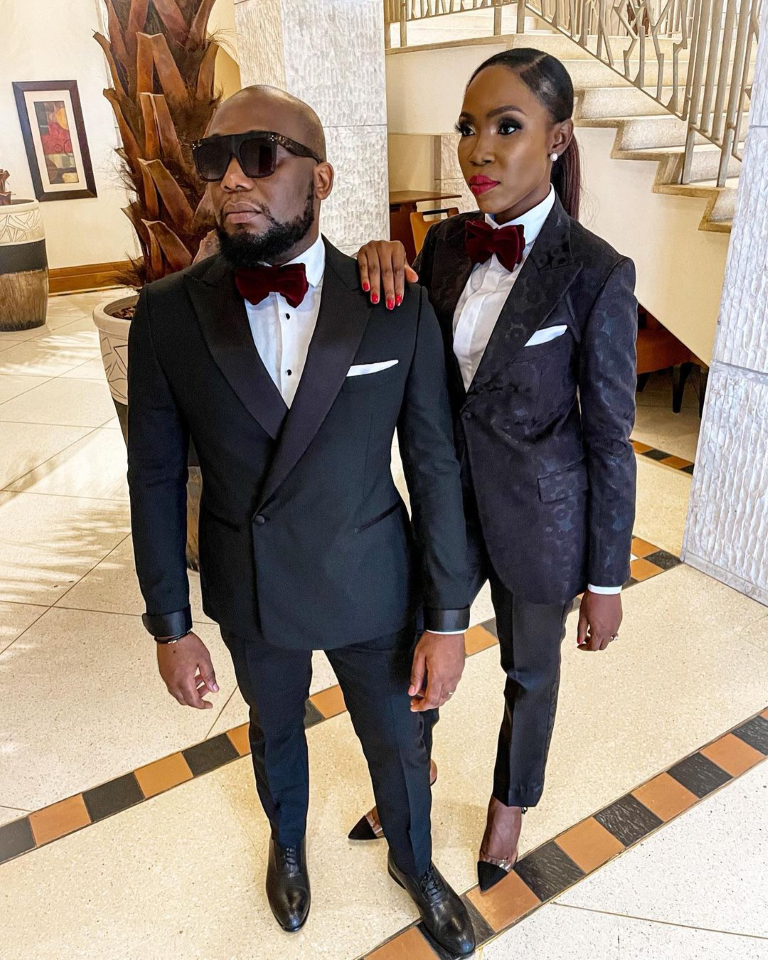 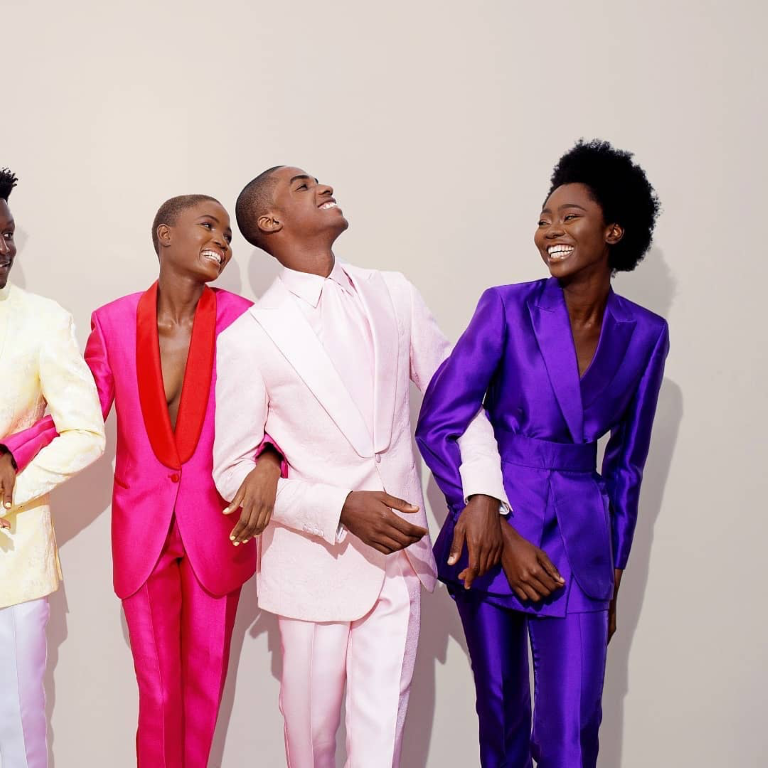 Intrigued by the veteran’s style, a phone conversation with the 40-year-old, asking him about his style was as refreshing as can be. Here’s what he had to say:

“For me, style is when they are running you out of town but make you feel like you’re leading the parade. Fashion is in the cloth but style is in the wearer. Everyone can do fashion but style, you have to own. Fashion unites us but style sets us apart. Style, for me, is an expression of individualism mixed with charm. The male clothes are the strongest ones and anything that depicts strength, resilience, tenacity of purpose, and toxic masculinity is always celebrated. Alternatively, anything that comes across as effeminate, delicate, or fragile is frowned upon. When I started out wearing gravity-defying shoes, it wasn’t well-received but I look in the mirror and like what I see; if nobody likes it, go and jump over the third mainland bridge. I’m never one to give a hoot, I wear what I want because I’m comfortable in it. Also, as I’ve always said, the higher the shoes, the closer to heaven. So to everyone who is judging me and thinking I am the devil’s advocate, guess what, God hears my prayers faster because I’m closer to him.

With the new narrative of men getting very adventurous with their experimental side, I think we’ve encountered a new wave of fashion rebels. Women have been rocking tuxedos and other male clothing way beforehand and they’ve always come across as being fashion-forward.

To the people who tell me “don’t you think this is too outlandish? Isn’t it too much?” I reply, “too much is never enough.” To the ones always questioning my sexuality because of my style, I have something to say to them: who you go to bed with is different from who you go to bed as.” 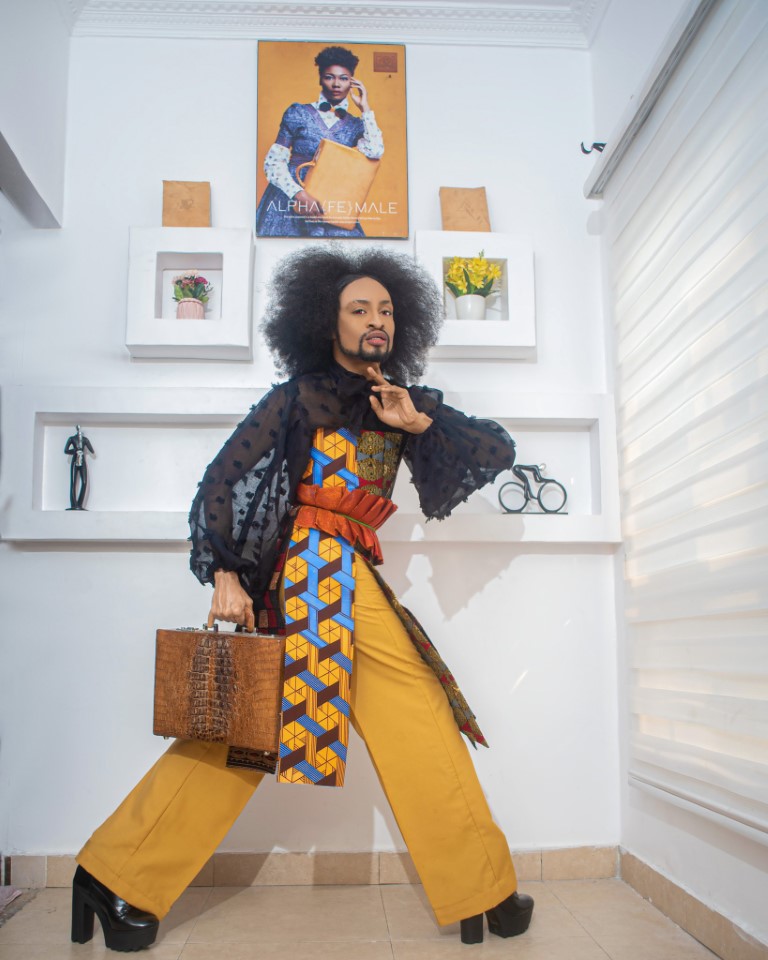 On the same table is Paystack CTO and co-founder, Ezra Olubi, who was the subject of online hate when he posted a picture of himself in a gown on the way to a wedding. Unlike Denrele in his early days, Ezra admitted to being sheltered from the hate as he neither goes out a lot nor has a huge social media presence. When asked to describe his style during an interview, he had one befitting word: “myself.” This didn’t seem to be enough for Peace Itimi, the interviewer, who threw a bunch of words at him including eccentric, androgynous, and effeminate. He then responded saying, “I probably used ‘eccentric’ when I was in university, but then I questioned why I was calling myself eccentric. I dropped that label over time because it speaks to the fact that what I’m doing isn’t normal. I’d use androgynous instead because that has been a recurring theme in regards to how I carry myself in a bid to blur the lines between both genders.”

Achieving gender equality would not only benefit women but also men. If men and women were seen as truly equal, then there would be no shame for a man to shop in the women’s section. If “girly” wasn’t associated with weakness, then men would be more expressive and finally feel the comforting breeze that comes with a flowy skirt.

This transcends to fashion accessories. Men are not exactly expected to do anything to their nails, wear jewellery on certain parts of the body, carry handbags, or braid their hair. In the hypocritically shame-based society that we live in, your sexuality is always questioned if you dare to do something different as a man. When you begin to think about why using nail polish automatically suggests that you are into men, you question where that ideology came from in the first place. Why is it okay to have masculine women but taboo to have feminine men? Why is masculinity the ultimate and femininity something to be ashamed of? 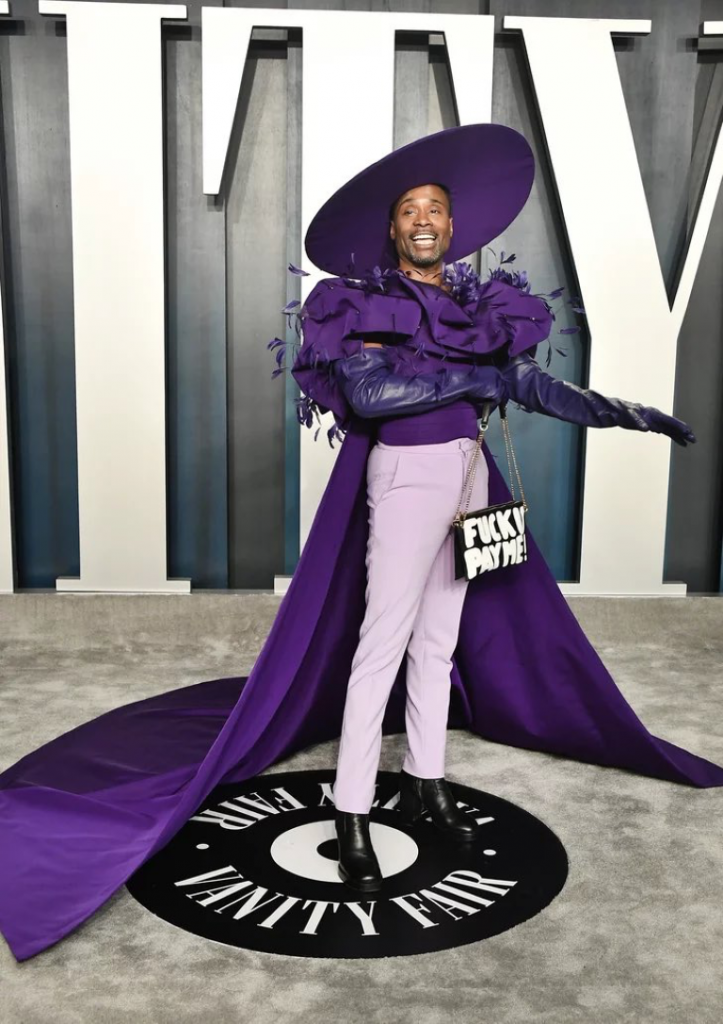 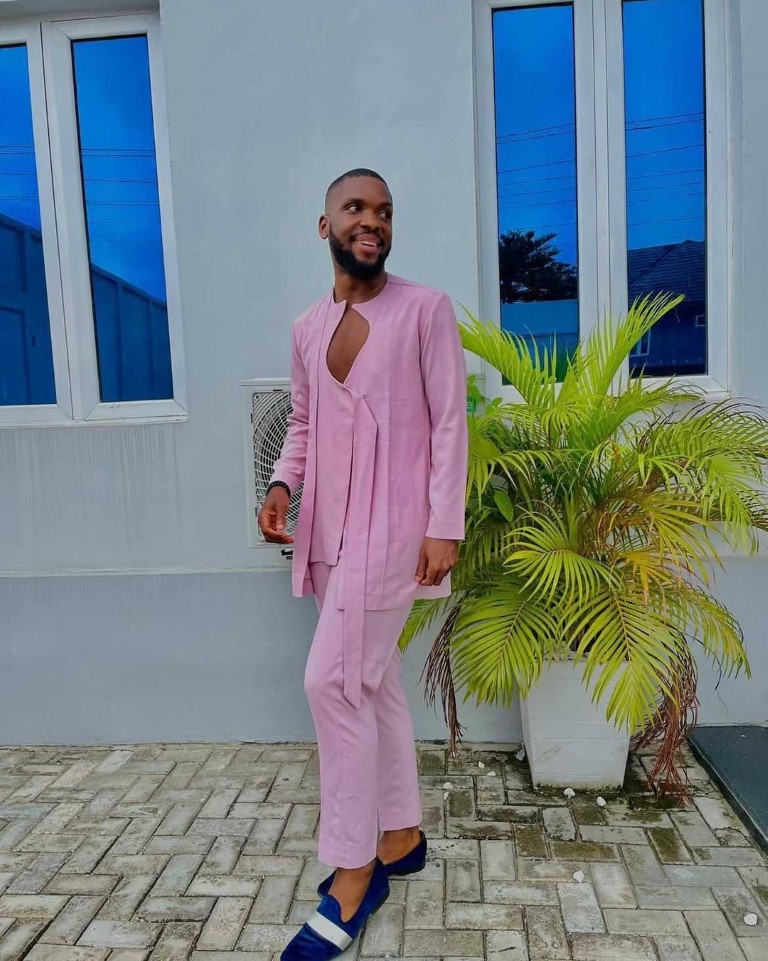 Charles Born in a pink blouse 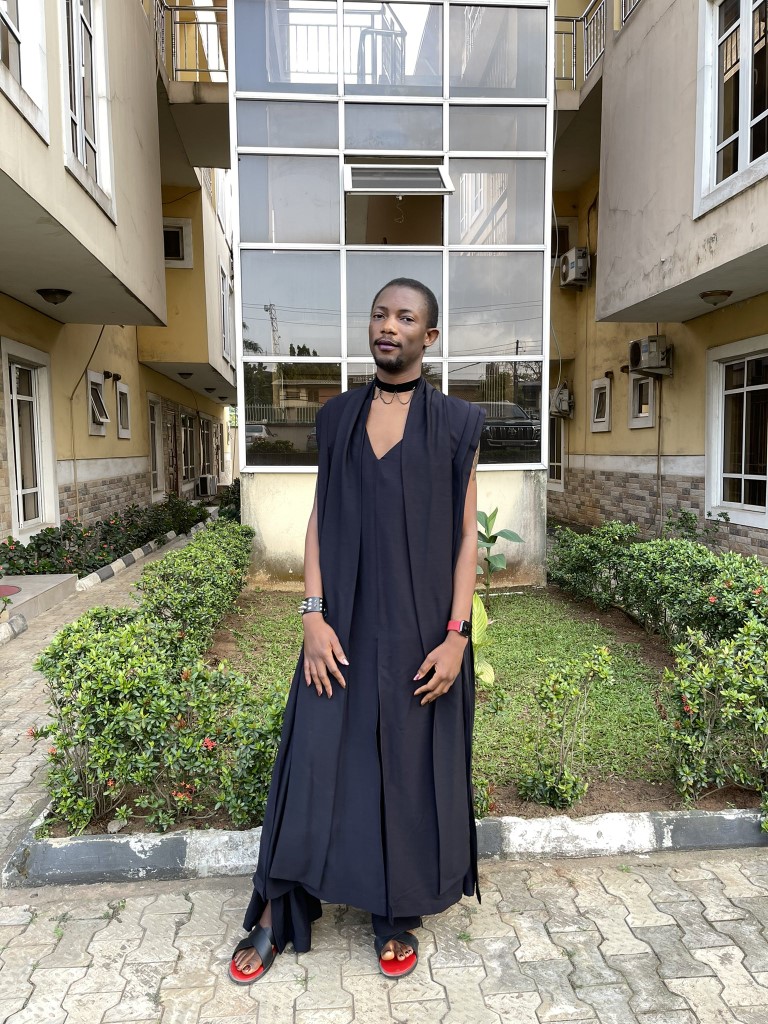 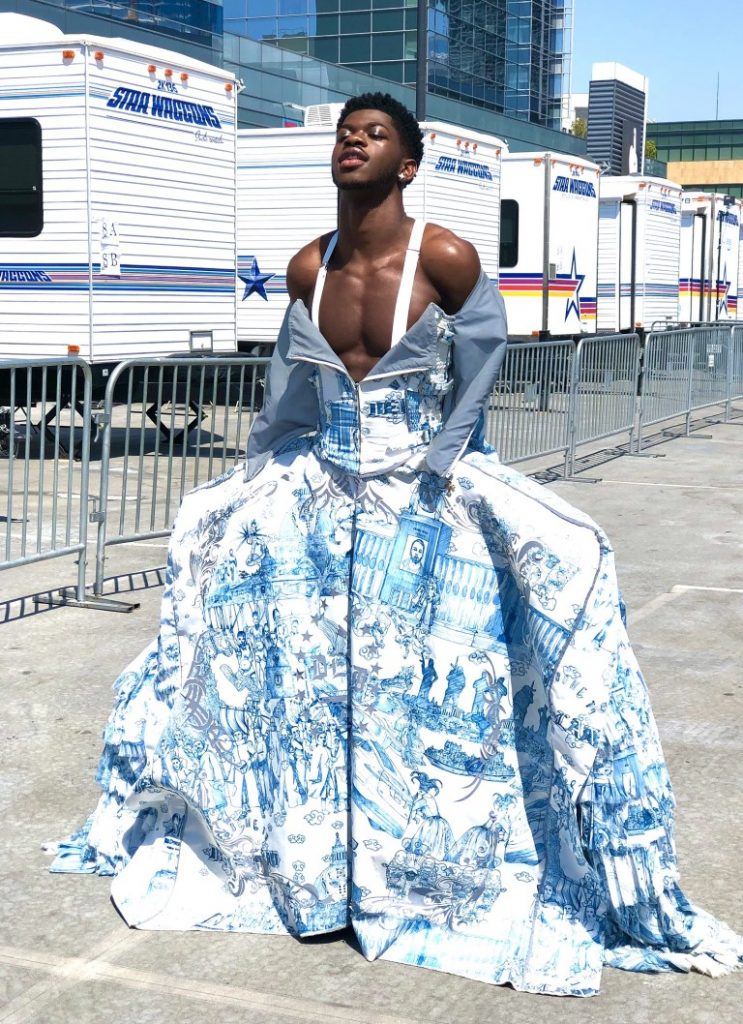 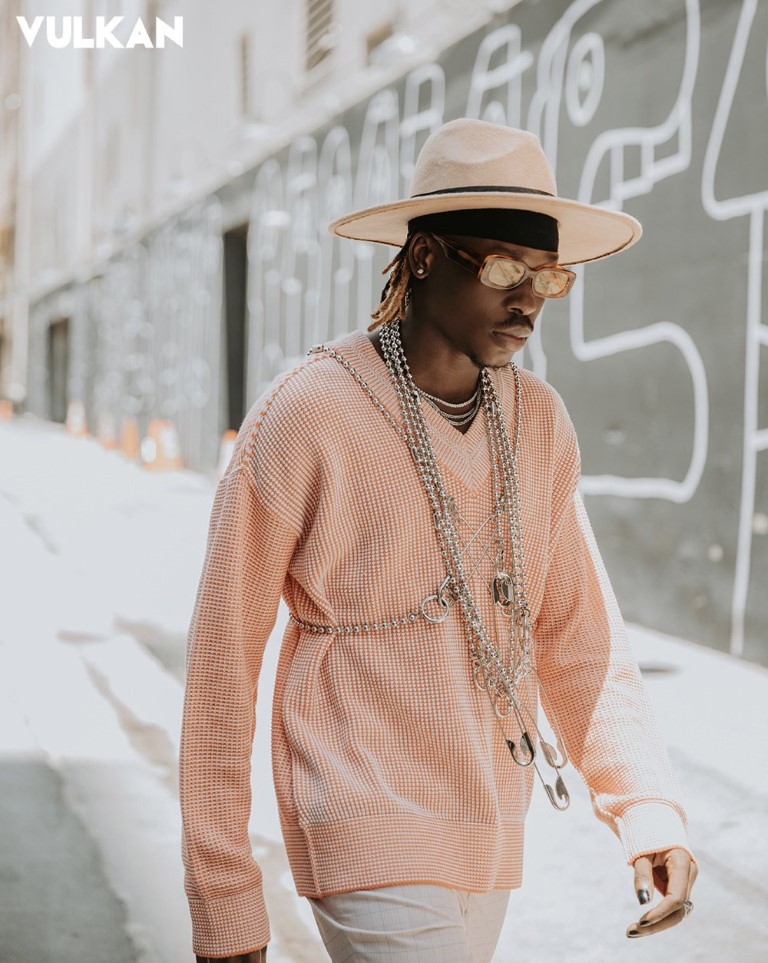 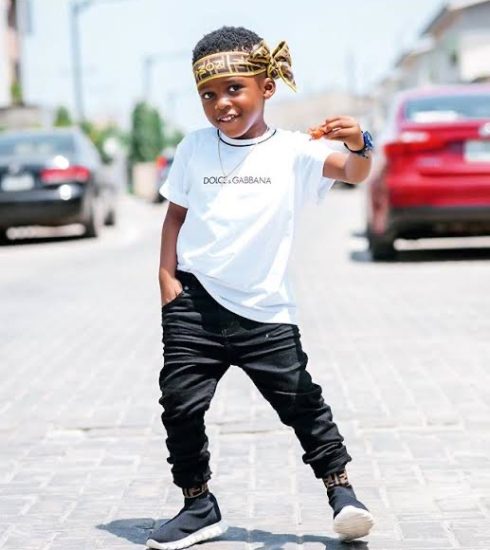 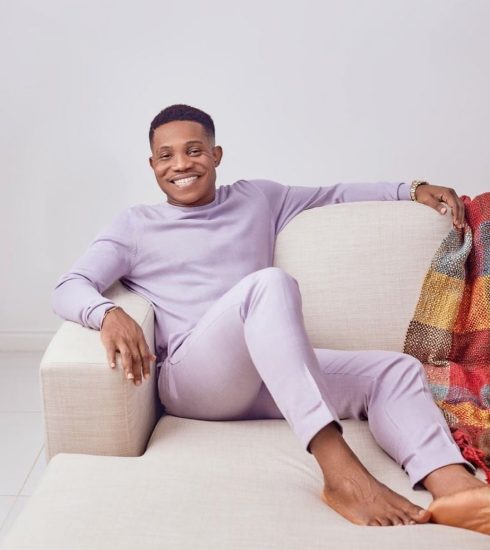 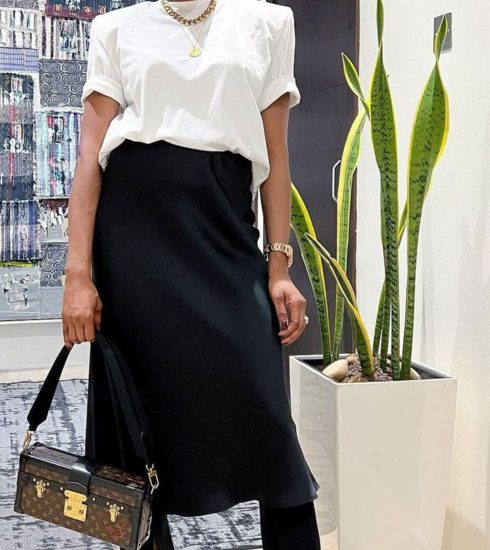