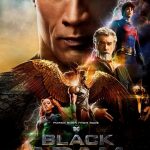 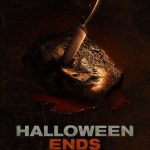 We are approaching that time of the year again when most people can take a breather from work. The always-welcomed 13th-month bonus, coupled with the usually jam-packed recreational activities clustered around the festive period, is something to live for. The festive period holds a major significance for some people who, more often than not, have piled up their leave days for this special time of the year—the festive period holds a considerable significance. In Lagos especially, there is usually a short-term mass emigration as many people abandon city life for a few days to return home—the village or, in some cases, a vacation abroad. Characterised by every single tourist attraction you can think of, December remains the most travelled month on the calendar. While, as aforementioned, many people come home for Christmas, many have also made plans to jet off to different parts of the world. Be that as it may, a group of people remain, pondering where to go. To discuss December destinations, DOWNTOWN’s Editor, Onah Nwachukwu, reached out to award-winning Tourism Expert and Experience designer, a self-acclaimed Queen of Tours, Chiamaka Obuekwe. Chiamaka brought her wealth of expertise as the Co-founder and CEO of Social Prefect Tours, an African tourism company that seeks to connect people across the continent through tour guides within Africa. She was gracious enough to be our travel advisor for this travel edition, sharing some countries that, in her opinion, everyone should consider visiting this festive season.

First on her list is Tanzania. Tanzania is home to some of the world’s most treasured national parks and game reserves, including the Selous Game Reserve, the world’s largest game reserve and home to more than 120,000 elephants, 160,000 buffalos, and 2000 rhinos. For most tourists, Zanzibar island is a popular destination. Although there is a lot to do and see in Zanzibar City, there are other exciting places in Tanzania, such as Arusha. Renowned as the safari capital of Tanzania owing to its wildlife offering, the town has numerous first-class restaurants, bars, and markets. It is the ideal place to spend a few relaxing days before embarking on a safari or attempting to scale Kilimanjaro. For those who may be unaware, Nigerians now require a visa to visit Tanzania—this has been a requirement for the past four years; however, securing one is extremely easy 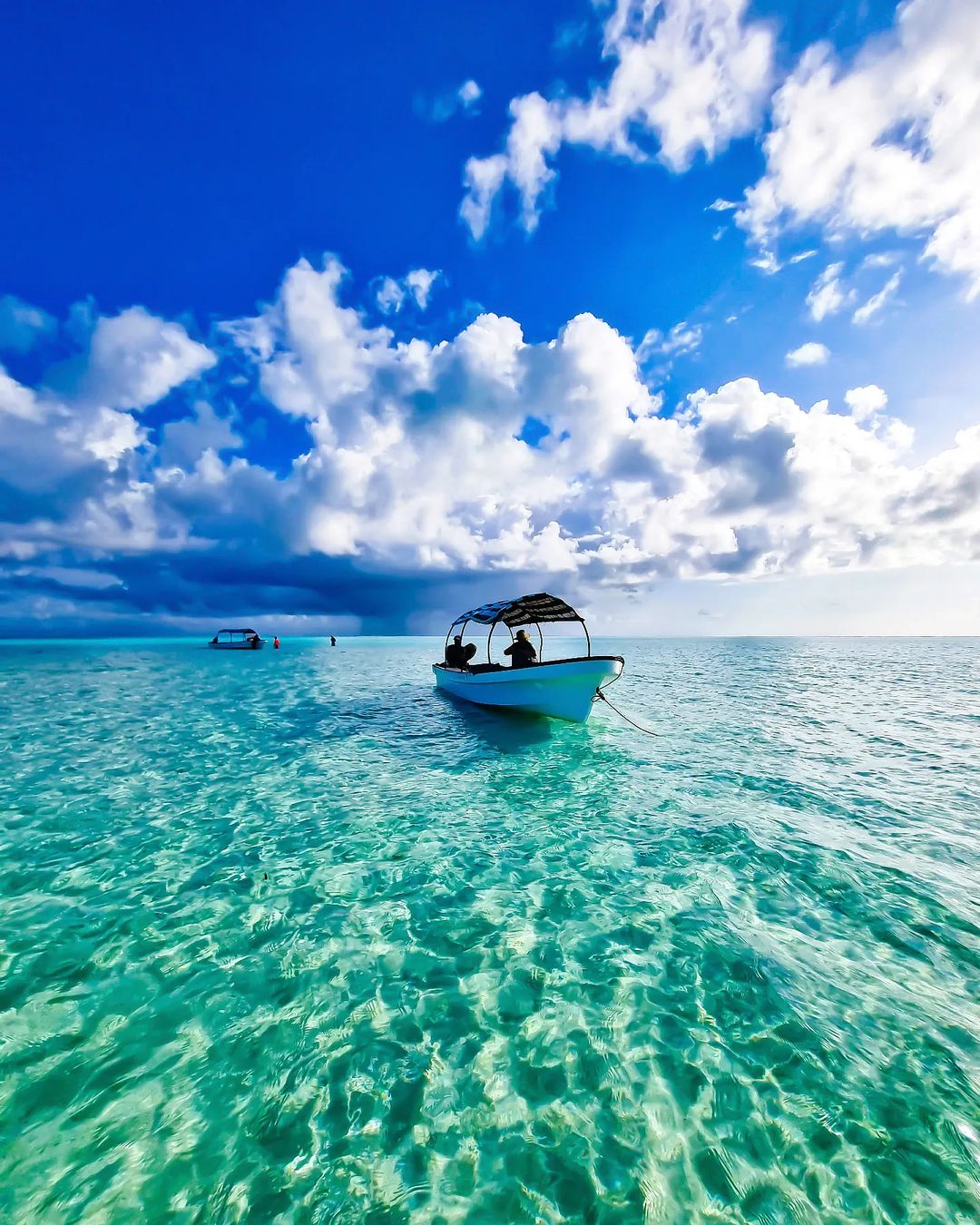 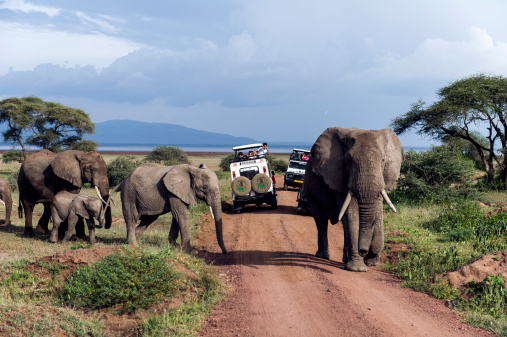 Next on the list is Mauritius. When the Editor asked Chiamaka the question, “why Mauritius?” she responded with a confident “because Mauritius is Mauritius; it is known for its beautiful resorts.” In acknowledgement, the Editor stated that her sibling had spent her honeymoon there over seven years ago. Many prominent Nigerians have also chosen it as a place to celebrate special moments. Only recently, ex president of the NBA(Nigerian Bar Association), Olumide Akpata, tied the knot with his bride on the island of Mauritius in the presence of close friends and family. Known for its beaches, lagoons, and reefs, Mauritius is an excellent destination for couples. The Indian Ocean island nation scooped three leading destination awards at the 2022 World Travel Awards for Indian Ocean Region. It is the perfect honeymoon destination this Christmas. 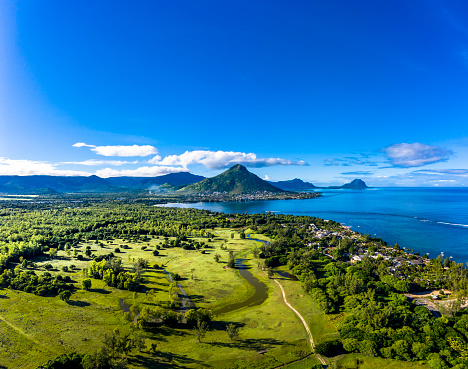 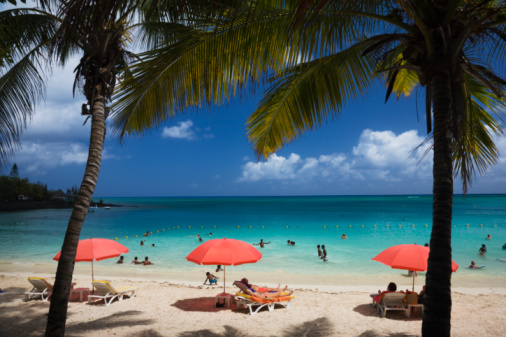 Many people may not expect this, especially after the war they suffered, but Rwanda is one of the countries recommended for a good time in the festive season. So shocking was this suggestion that even the Editor had to ask if she was sure about it, but Obuekwe was very confident in this suggestion. Over the years, Rwanda has gradually gained its reputation as a top tourist destination. This year, you too can ‘Travel Rwanda.’ Kigali, the capital city, is the central arrival point for tourists visiting the national parks and tracking mountain gorillas. It has its sites of interest, such as the Kigali Genocide Memorial and ecotourist facilities, as well as bars, coffee shops, and restaurants. The city is also famous for its nightlife offerings. On your trip to Gisenyi, Western Rwanda, you will find Rwanda’s most enormous and sixth-largest lake in Africa, Lake Kivu. The lake, which flows across Rwanda and the Democratic Republic of Congo, is surrounded by magnificent mountains and has deep emerald-green waters covering a surface area of 2,700 km2. According to our travel advisor, Rwanda’s affordability makes for a good tourist bargain. 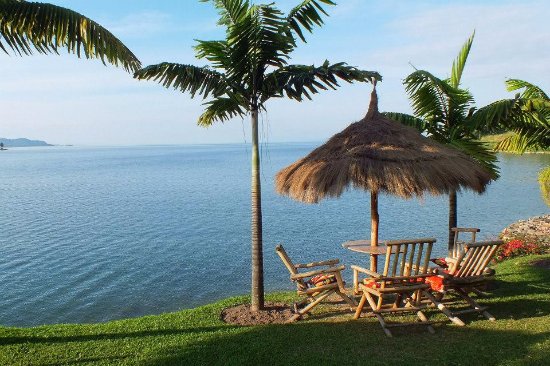 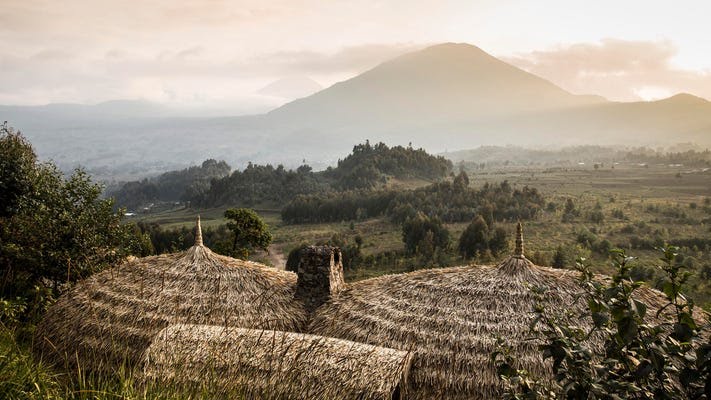 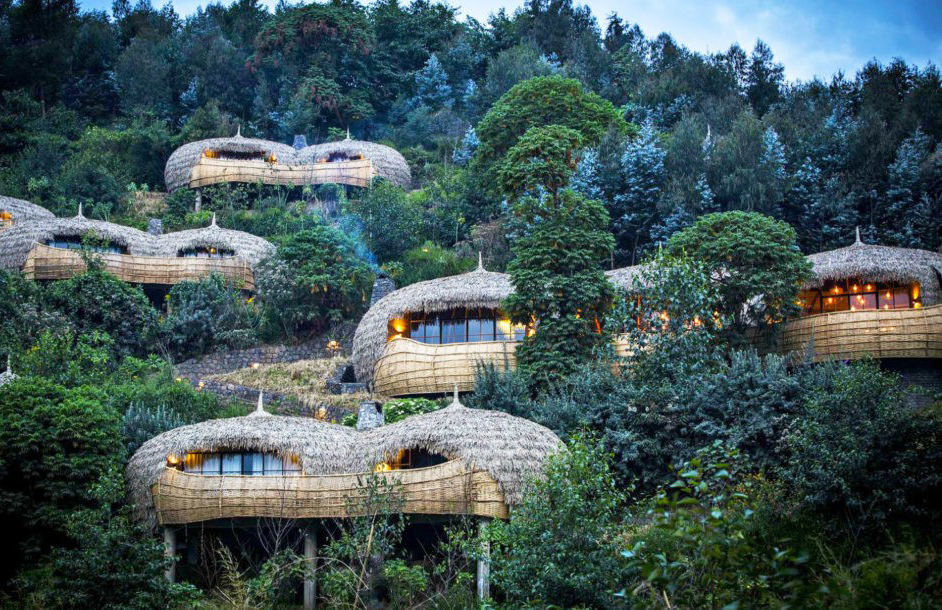 The list then comes close to Lagos, Nigeria, with Ghana. If you want a relatively short trip, Ghana is a worthy shout. More and more people are visiting Ghana, especially during the mid-year festivals, but Chiamaka cites Afro Nation as a reason to visit during the festive season. It returns for a highly anticipated follow-up to the debut edition in Accra in 2019. With most of the biggest names in Afrobeats, including Burna Boy, Davido, and Wizkid, billed to perform, this 2-day concert is destined to be, as the kids will say, litty! 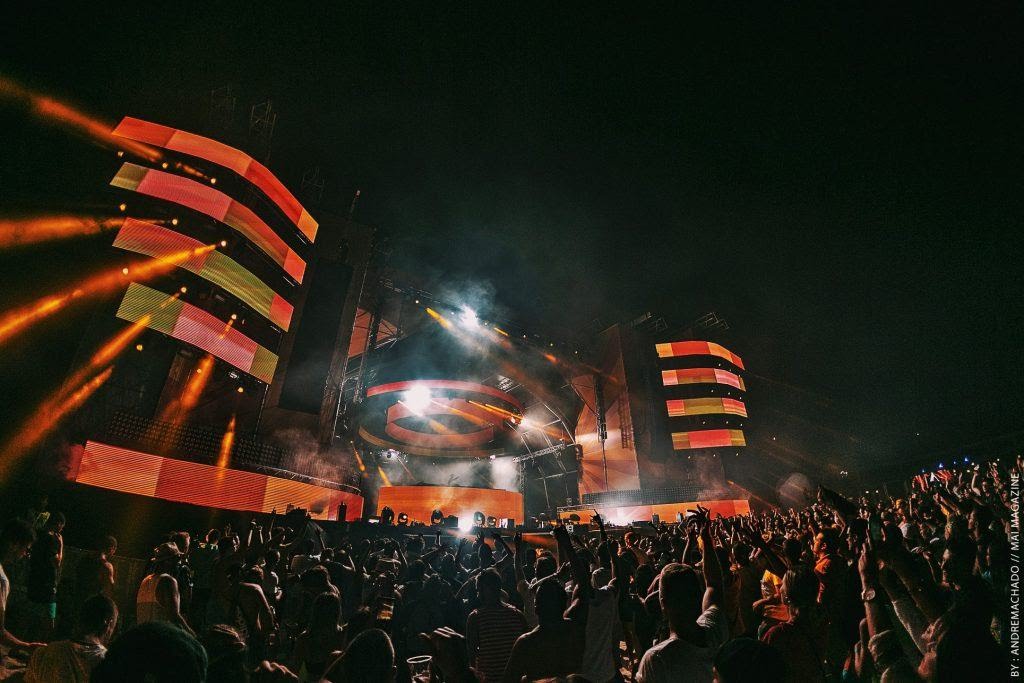 Another country worthy of visit during the festive season is Seychelles, which boasts some of the most beautiful beaches worldwide. Amongst them, Anse Source D’Argent, located on the island of La Digue, remains one of the most photographed beaches in the world with its pink sand. Its stunning topography of coral reefs, dro-offs, wrecks and canyons, coupled with the rich marine life, makes it one of the best scuba diving destinations worldwide. 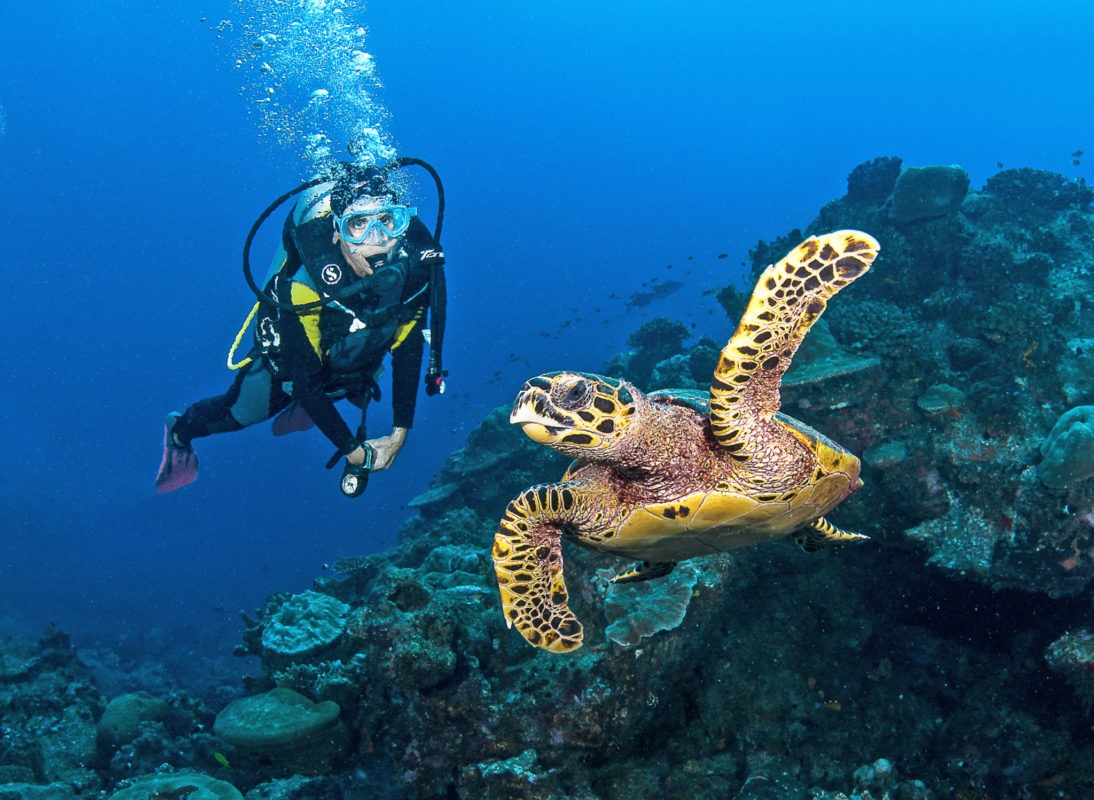 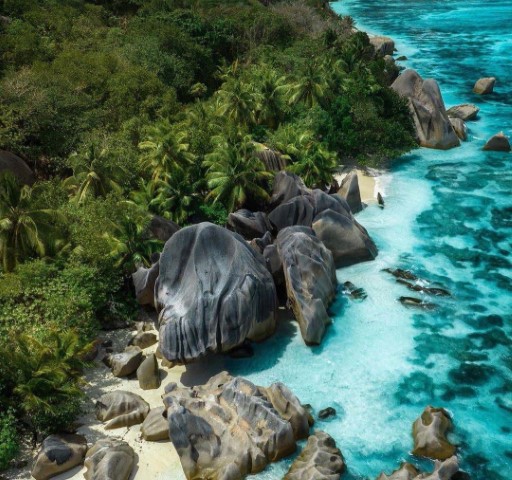 Also in this geographical sphere of Eastern Africa is Kenya. It is known for being the world’s best safari destination, with 50 epic national parks and reserves home to diverse wildlife, including the ‘big five’ – lions, leopards, elephants, rhinos, and buffalo. On the other hand, Mombasa is Kenya’s most popular tourist destination and second-largest city—it is famous for its beaches, worldclass beach resorts, and historical significance. Nairobi, the capital city, is renowned for its nightlife offering. Diani has beautiful beaches. 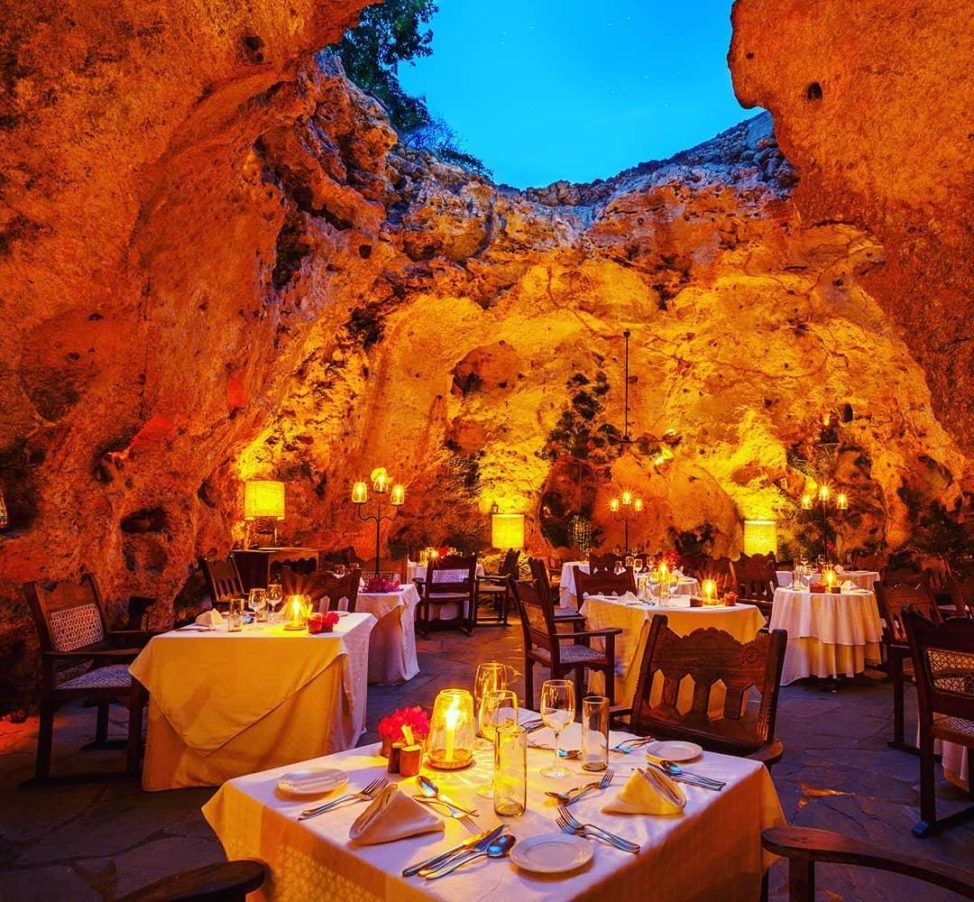 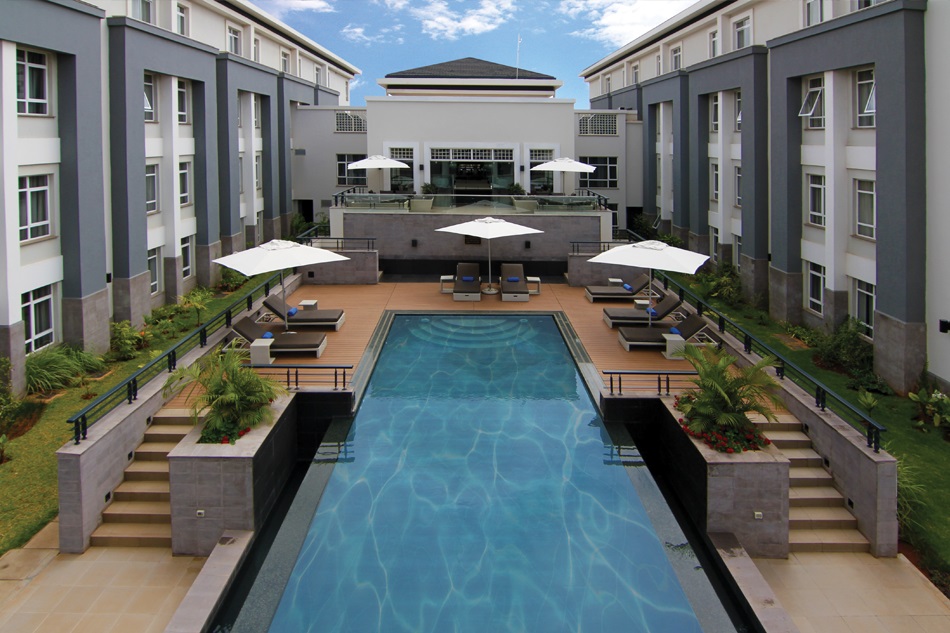 We then moved north to Egypt, home to Sharm el-Sheikh, a resort town between the desert of the Sinai Peninsula and the Red Sea, known for its sheltered sandy beaches, clear waters, and coral reefs. Today, luxury resorts, restaurants, and nightclubs line the coast. The area’s clear water and extensive coral reefs have made Sharm el-Sheikh a popular site for snorkelling and scuba diving. The best time to visit Sharm el-Sheikh is spring or autumn (22nd of September to 21st of December). There’s an average temperature of 25°C, which is very warm but not overly hot or humid. The waters are milder in the summer but remain warm throughout the year. The Red Sea won’t let you down if you love to swim. 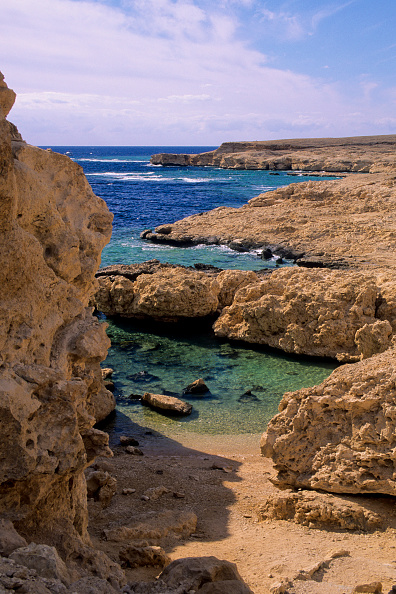 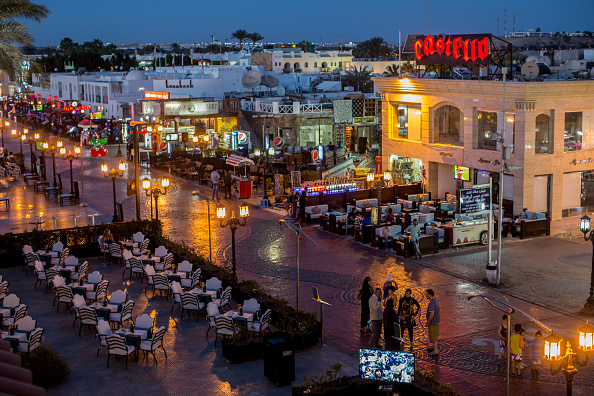 Also visit-worthy in North Africa is Morroco. She explains that there are atleast five sites to visit, citing Chefchaouen, also known as ‘the Blue Pearl’ of Morocco, for its traditional houses painted in blue and white. Chefchaouen used to be a hidden gem in Morocco, but since the rise of Instagram and Pinterest, it has become a very touristic place. Suppose you only have a limited amount of time in Morocco. In that case, one full day should be enough to discover the ‘Blue Pearl’ as the old medina (Moroccan word for ‘city’) of Chefchaouen, often considered one of the best places to visit, isn’t very big. On the other hand, Marrakech is known as the city of luxury, thanks to its famous palaces, 5-star restaurants, luxury spas and hammams and charming riads (traditional houses) in the medina. Amongst others is the Mamounia and its enchanting gardens, the luxurious Royal Mansour hammam and the refined cuisine of Namaskar Palace. Surrounded by a vast palm grove, the medina in Marrakech is called the “red city” because of its buildings and ramparts of beaten clay, which were built during the residence of the Almohads. The heart of the medina is Jamaa el-Fna square, a vibrant marketplace. 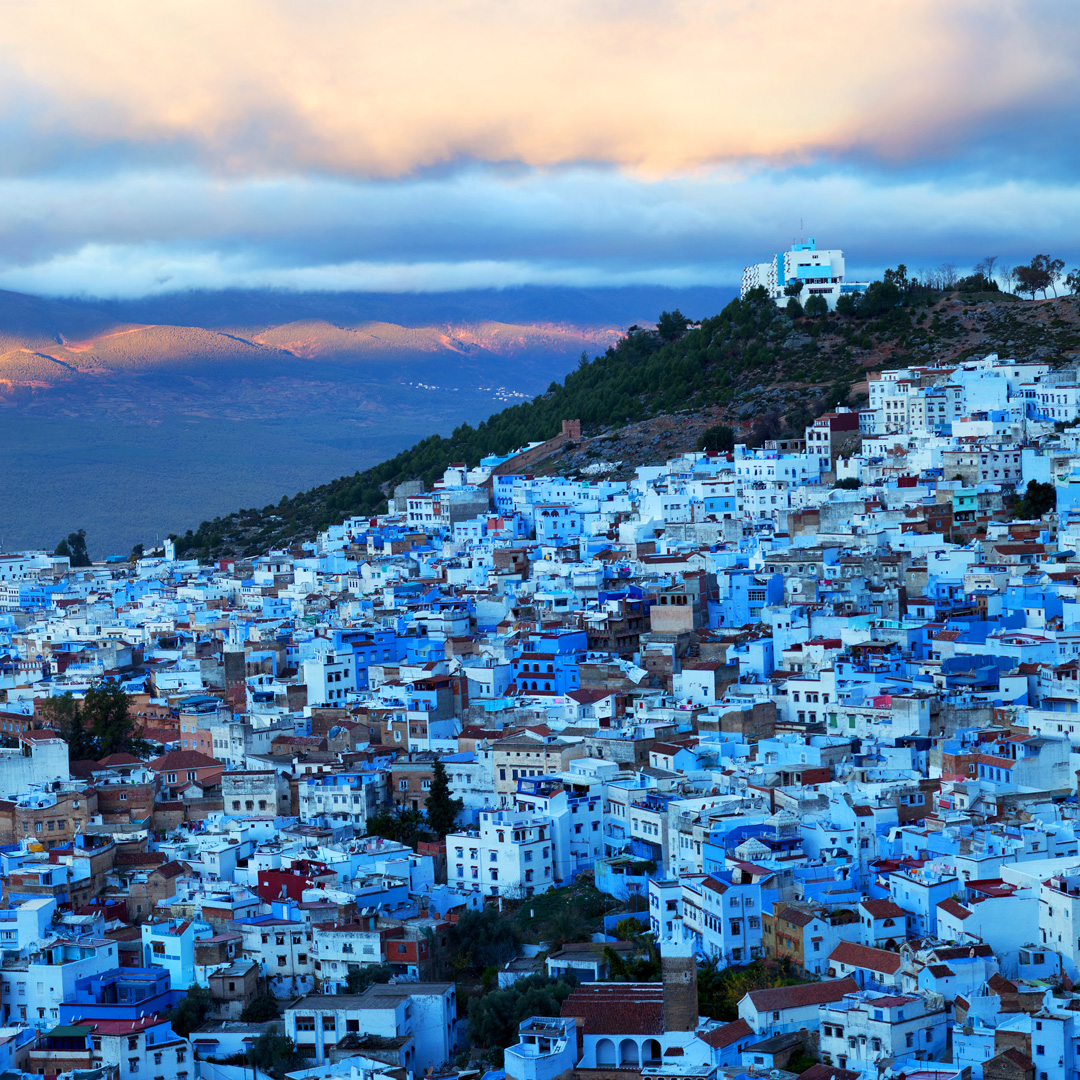 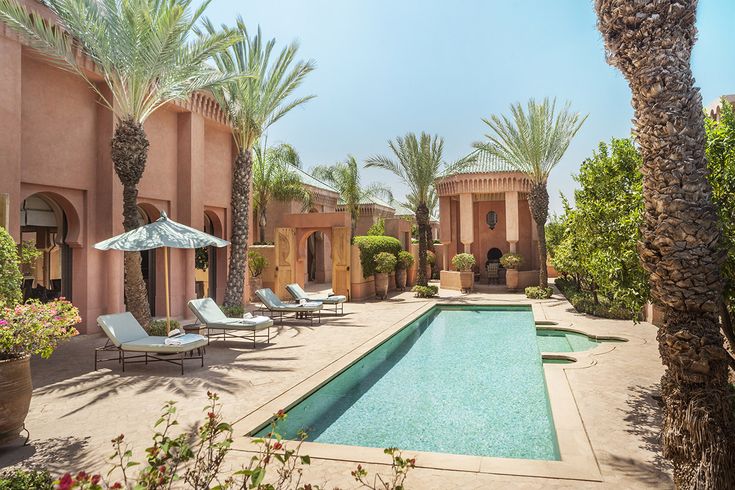 Perhaps the shortest and closest trip you might make on this list, the proximity—three hours from Lagos—that Benin Republic offers makes it the perfect destination for a road trip. Because we will never lead you in harm’s way, our professional travel advisor vouched for the safety involved in travelling across borders by road. She mentioned travellers check out Ouidah—also spelt Whydah— beaches. It is in a town in southern Benin that lies along the Gulf of Guinea. The town’s infamous slave trade history can be found in the Ouidah Museum of History, with the beaches offering a relatively calm atmosphere. It connects by road and railway to Cotonou, the commercial hub of the Benin Republic. 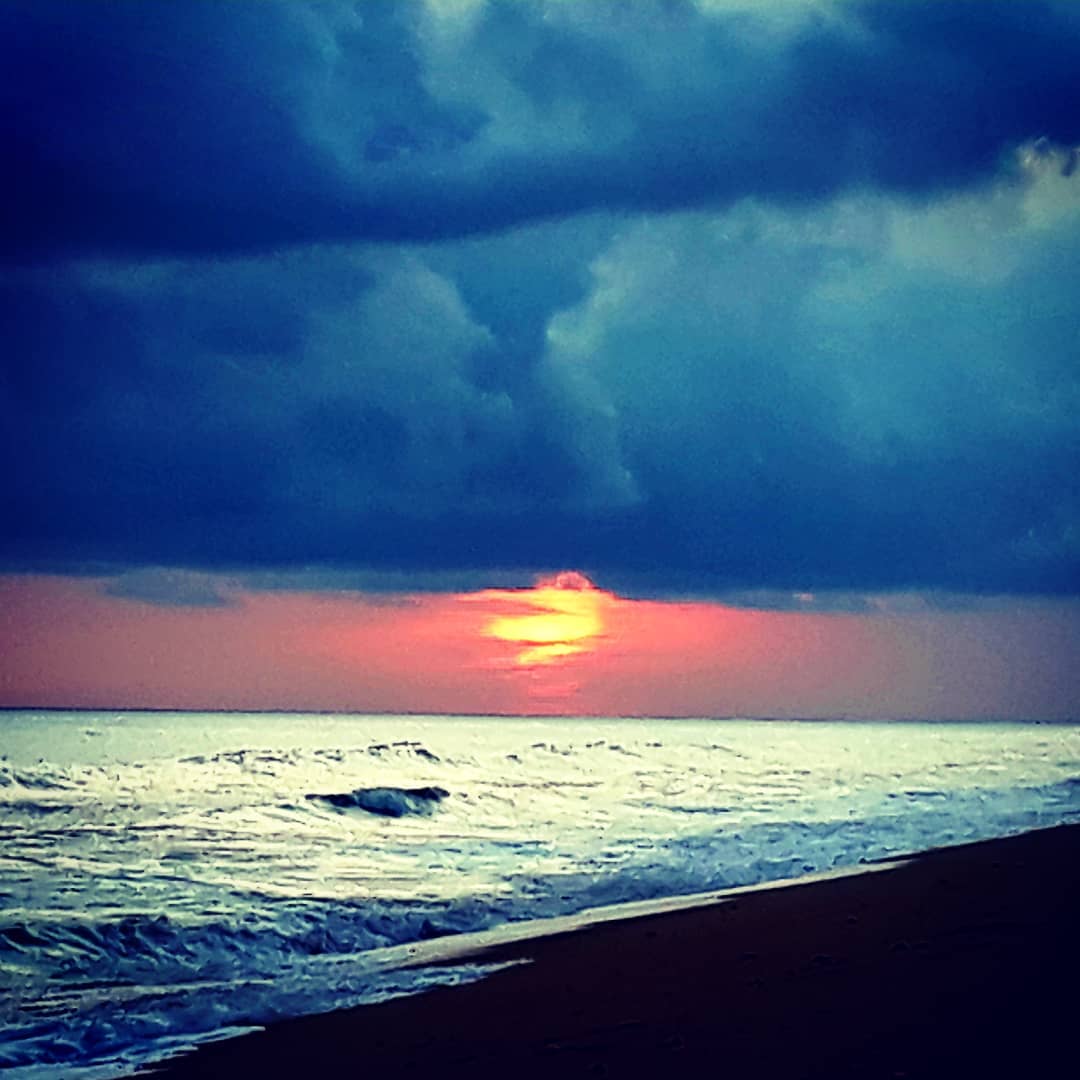 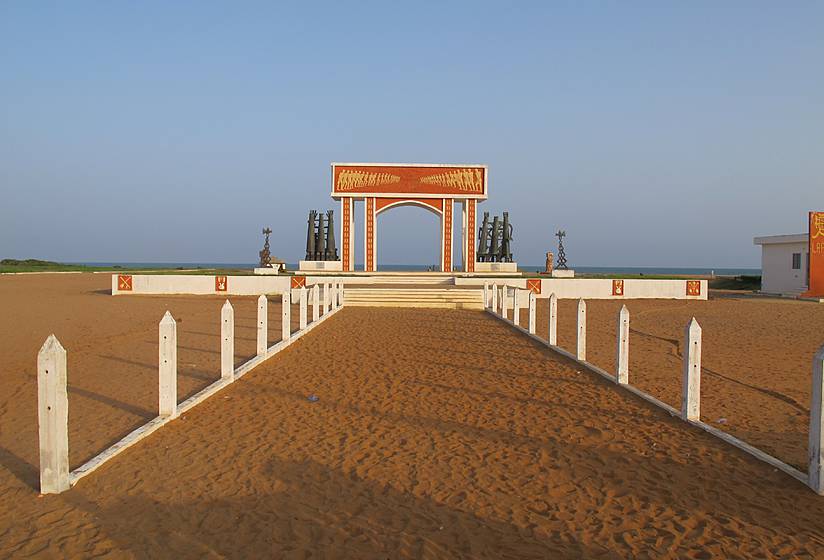 Last and certainly not least on this list is Lagos, Nigeria. The city that never stops partying needs no introduction. Although her art and craft products are more appreciated by the people they are made for—tourists, her residents also appreciate them. Nigeria’s megacity has gained a reputation as Africa’s cultural and entertainment headquarters, and the city is packed with activities throughout the festive period. If leaving the country is not achievable, you’d be surprised just how much fun it is to spend quality time in a beach house with friends and family. After all, ain’t no party like a Lagos party. 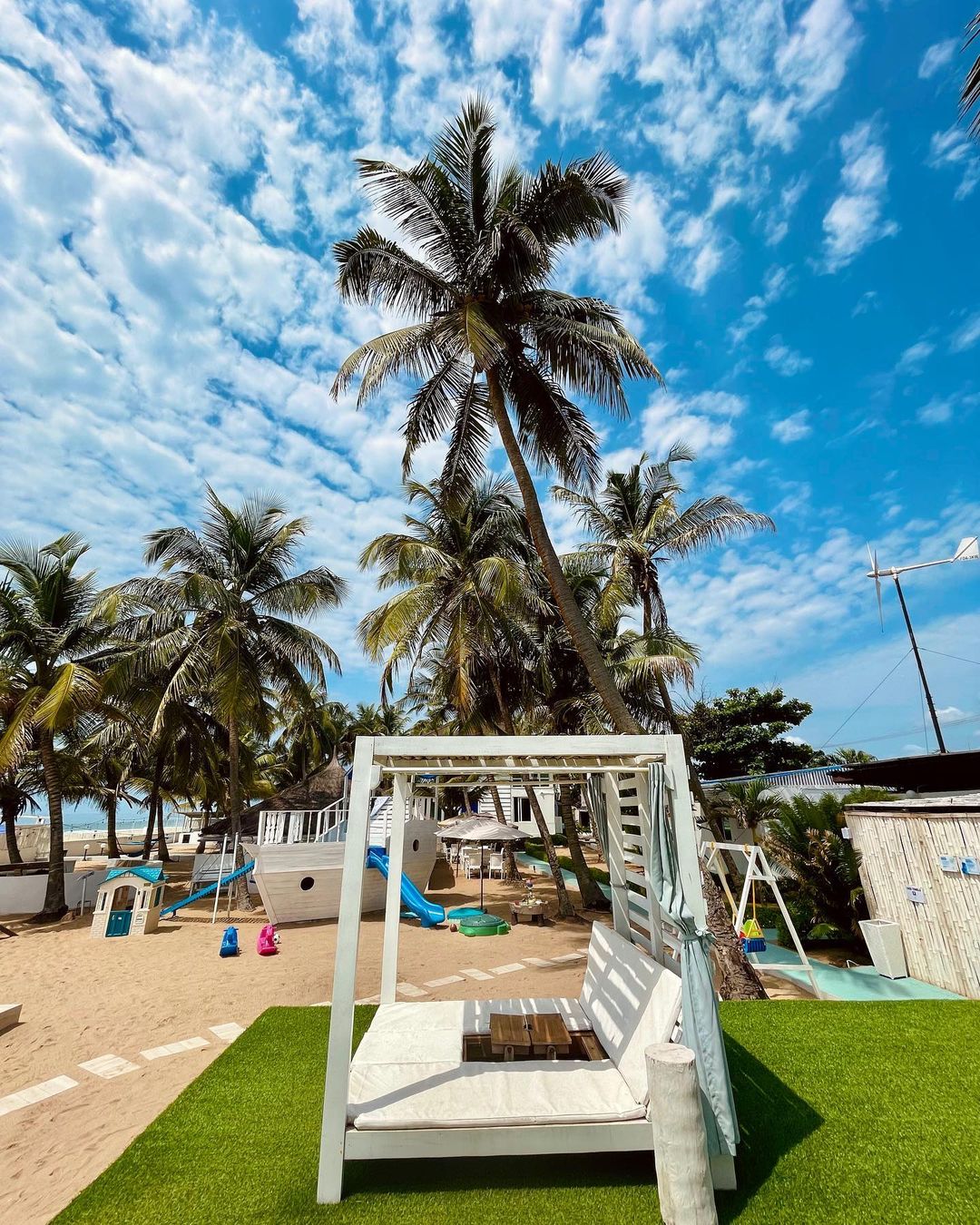 “The resorts (in the tourist destinations across all ten countries as mentioned earlier) are always alive during the festive period because they have daily entertainment. If you go full-board on your accommodation, you will get breakfast and dinner in your package, so you don’t have to spend on meals when you get there,” advised Chiamaka Obuekwe, who then explained her decision to omit Cape Verde and South Africa from her travel list, for now. “Getting to Cape Verde might be a tough one for Nigerians right now. And I would have said South Africa as well, but for visa and xenophobia, although that has reduced.”

By Onah Nwachukwu and Kehinde Fagbule. 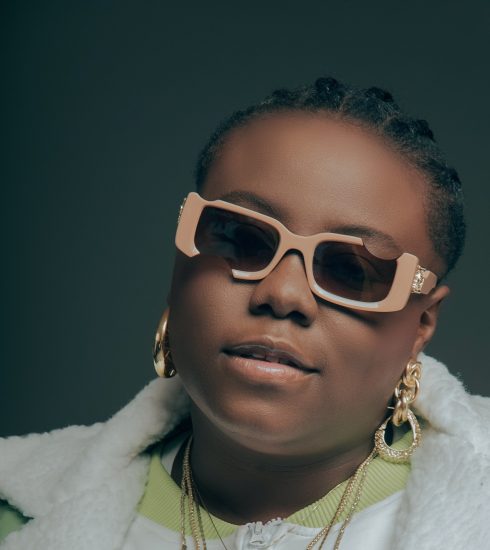 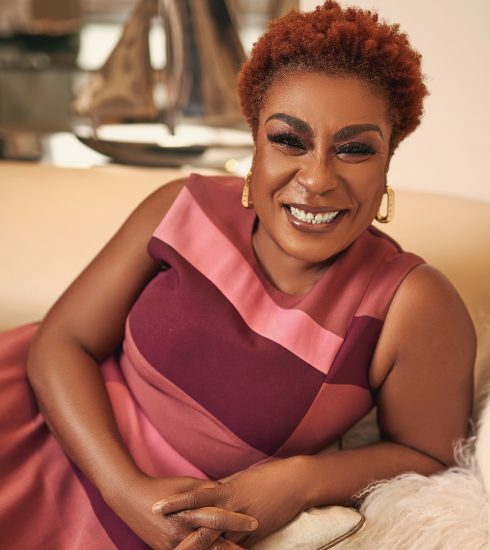 BOSE OGULU: Is Much More Than Just ‘Mama Burna’ 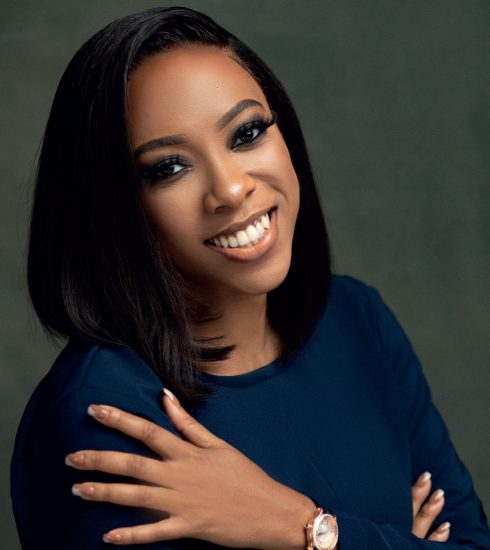 FADE OGUNRO: A Feminist in Tech