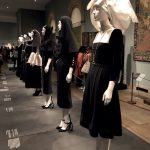 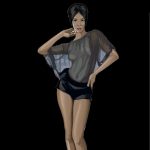 “We’re building and we’re going to get there. Well done guys!” Those were some of Omoyemi Akerele’s reassuring words to unsure but determined 2013 fashion week interns while they scurried across the street with clothing racks from Eko Hotel to Oceanview restaurant where the tents for the shows were being constructed. For a lot of them, this marked their first “big fashion gig” in an industry bright with potential, where they all felt like they were a part of an incredible shift. It was still unclear to most of them on that first day what the result would be but the validation from the founder and her hands-on spirit swept across the team on all levels. That frenetic energy is also what kept the annual showcase going, successfully, for another eight years.

The team was mostly young, from the brilliant production heads to the eager volunteers, which in some way, was a foreshadowing of what the founder already knew: youth culture can change things. They weren’t just taking part in creating a show but unknowingly building an integral part of the Nigerian fashion ecosystem that exists today. Fast forward to 2021, where Akerele has taken a subtle step back from this season’s PR cycle, the spirit of Lagos Fashion Week (LFW) is unmistakable, still helping emerging talent find their feet within a daunting global fashion ecosystem, just like it did in 2013. In hindsight, it’s difficult imagining a fashion industry without the steady, consistent train of Style House Files’ annual showcase. 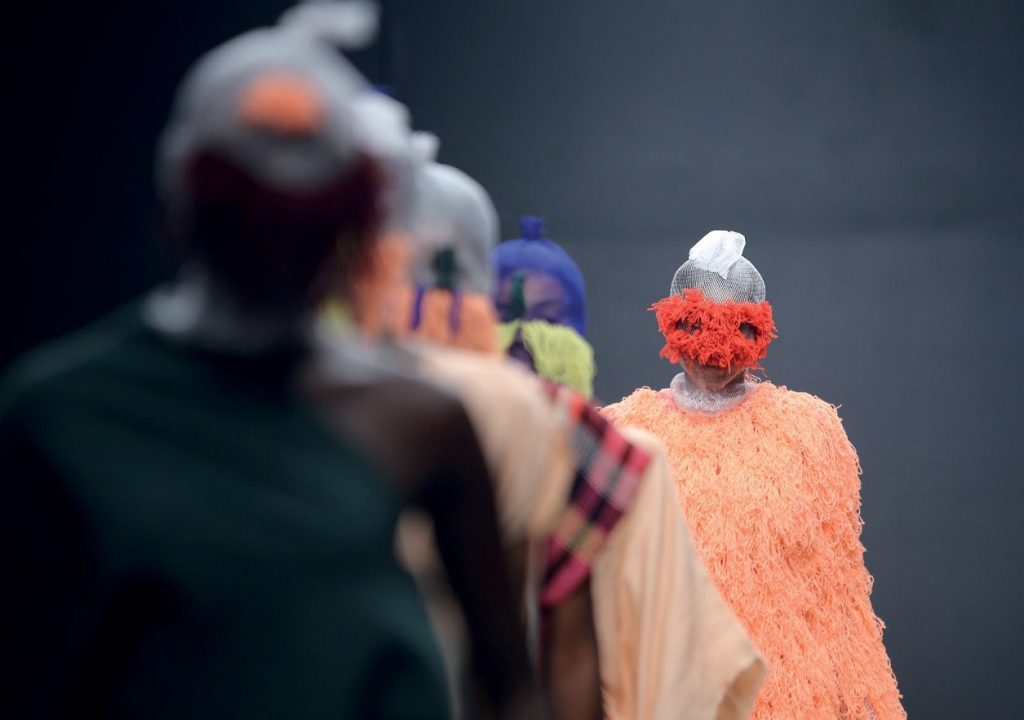 For those of us who have been watching since it was LFDW–the D is for design if you’re new to this–we’ve seen the annual showcase grow from a niche mecca of fashion purveyors into an international institution in its own right. Fashion critic and Studio Imo designer Edwin Okolo remarks: “It was always an institution, there was such a vacuum in the industry before the first season of LFW, that it was immediately apparent that this was a game-changer.” Indeed it was, inspiring a hungry, younger generation in its wake. Lagos Fashion Week opened up conversations for the potential and possibilities that existed within the garment sector: from innovative retail pop-ups like the storied Ndani Christmas Sale at Selfridges to key partnerships that saw Nigerian brands receive increased visibility in the global fashion sphere. With Woven Threads, initially launched in 2012, Lagos Fashion Week reached beyond being solely a catwalk and instead began to delve deeper into spotlighting the tools needed for industry growth. The team began to push fresh ideas: from forward-thinking presentations to seminars involving national stakeholders, it marked a clear shift in what it meant for the industry.

A Broadened Scope by The Mid 2010s

In its continued exploration of growth concepts for fashion’s future, Lagos Fashion Week partnered with the Nigerian Export Promotion Council. The strides in manufacturing, collaboration, and trade that Lagos Fashion Week invested in, opened up avenues for multi-generational involvement in the technical, artisanal, and media-related aspects of the industry. In 2015, Omoyemi Akerele told Ventures Africa, “We want to exist in an industry that functions properly, where there’s manufacturing, retail, textile availability, electricity, funding, and the designers have what they need. Let’s just keep going.” 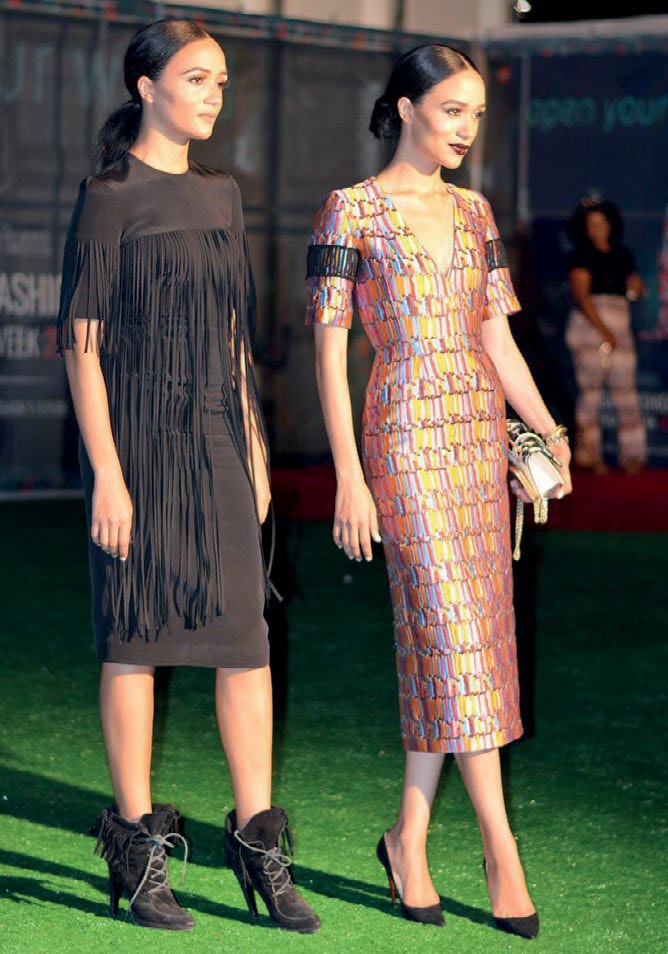 The results have been manifested in older women, teenagers, skilled artisans all being able to participate and grow. The emphasis on initiatives like the X-Retail, Fashion Focus Talks, and Style House Files Trains not only amplified career opportunities available to young creative Nigerians but also involved the unification of varied fashion communities across the continent. There was also a key push for the growth of the West African market with the Fashion Focus prize expanding to include designers from other countries within the region. A move that sparked conversations about increased trade within the ECOWAS.

Echoing the global wave of fashion capitals around the world, street style photography became a huge draw for this Lagos fashion mecca. While the excitement of the new season collections remained steadfast, the peacocking outside of the shows became an even bigger draw for a young generation of fashion enthusiasts big on self-expression. From stylists to influencers and even designers themselves, each person was keen on putting their most stylish foot forward, in the hopes of being papped for global fashion glossies like Vogue and Dazed. Beyond the rush of being photographed, which meant you had great taste, street style popularity also gave a window into the trends that weren’t always on the fashion week runways. Unconventional ideas were birthed by fashion innovators who refused to conform to industry ideals. This narrative grew further with the rise of social media.

The Rise of Social Media and Its Impact on Fashion Week

Social media’s impact on fashion as a whole was inescapable in the mid-2010s. The rise of the social media model became a new order. While in some cases it helped shine a light on overlooked talents around the world, in others it highlighted just how inequality and nepotism seep into every sector. Take for instance the reality show star to the supermodel pipeline and influencer fashion lines. From New York to Milan, front row dynamics and fashion critique were momentarily sidelined. For Lagos Fashion Week, it avoided veering into this territory completely thanks to the varying projects and initiatives beyond the gloss of runway shows. While journalism veterans rightfully felt slighted by the changes echoing across the industry, social media’s dominance helped bring light to fashion week side events, including the fashion focus talks and the retail exhibitions.

In doing its part to grow the Nigerian fashion ecosystem, numerous careers were launched here. The Fashion Focus Fund, which evolved from an award for young designers at the decade’s start, is what helped boost designers like Ejiro Amos Tafiri, Iamisigo, Meena, Emmy Kasbit, Orange Culture, and Kenneth Ize– the latter two going on to become shortlisted for the prestigious global LVMH Prize. The fund became the ultimate goal for many young designers across the country, and even more so for models, where it marked visibility and the sign of a career breakthrough.

Supermodel Mayowa Nicholas muses ‘’During my first year as a model I did Lagos Fashion Week and it was a great experience, especially for new models, it gives a great platform to launch African models and designers to the map. It makes me so proud that we have a huge platform like this in Nigeria that celebrates us in a beautiful way.” 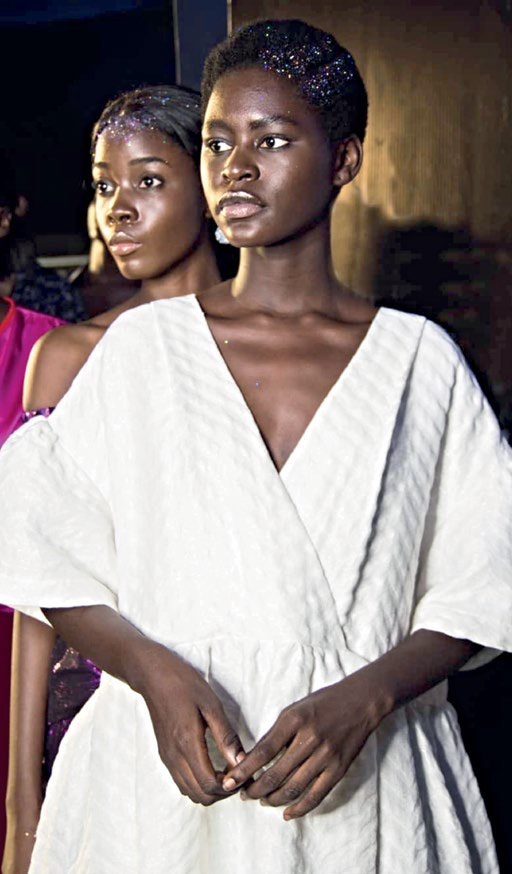 Within the Lagos Fashion Week team, it’s offered many ways to grow and flourish on the job. With each theme telling a different story to push the narrative forward. Winston Sylvans, In-house Audio/Visual Coordinator for the shows quips, “For me, it’s made me pay closer attention to detail, how to marry sound and visuals to tell a story and I like to think that has helped me in the films I’ve made and will make.” Andrea Obienu, In-house Production Manager remembers the early years “….our 3rd year, it was absolute mayhem, seriously! But I loved it. For starters, our core team were all young women and even though there were so many hurdles, it was just such a fantastic experience. I know most people come to fashion week for the fashion but when you work in production, it’s really about the people, and that year everyone was on fire!” 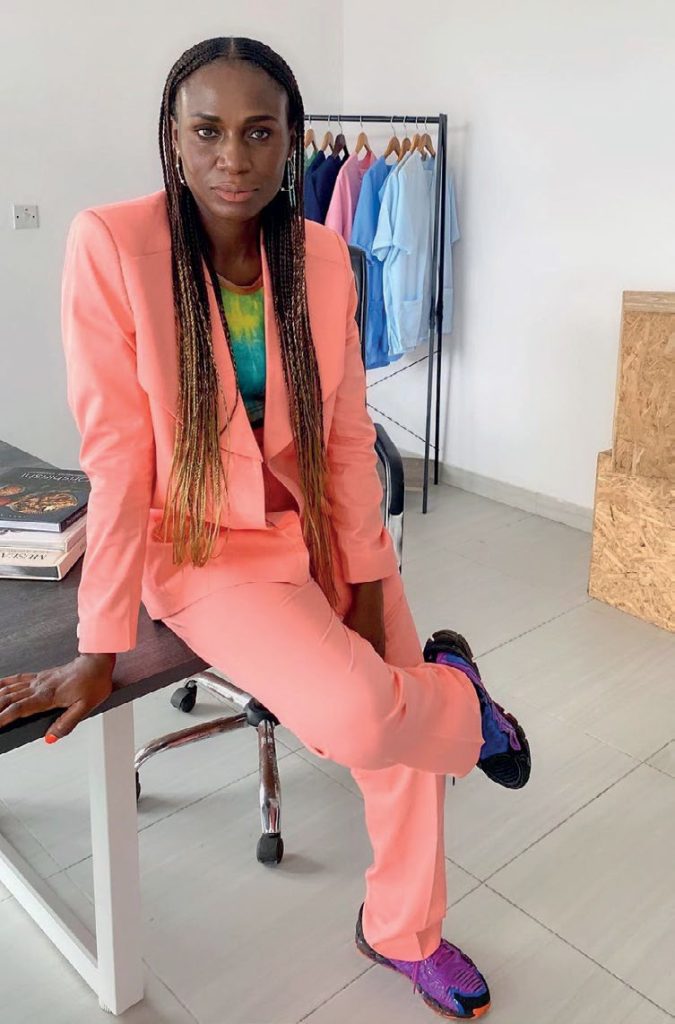 The Founder & The Vision

The concept of Lagos Fashion Week is a highly remarkable one, a major part of Omoyemi Akerele’s vision for the African fashion industry. Professionally trained as a lawyer with years of practice under her belt, she’d always been drawn to creative industries. Her keen interest in the garment sector can be traced back to her fashion beginnings as a fashion editor and stylist, working with her then partner Bola Balogun to create super stylish looks for magazines like True Love and a clientele of women who wanted to elevate their personal style. Dissatisfied with the glamor aspect of the fashion industry, Omoyemi reached beyond image consulting and launched her business development agency Style House Files, a company interested in the growth of the country’s fashion economy through cutting-edge initiatives and programs. One of the first major projects was Lagos Fashion & Design Week, coming at a crucial point in time, where the industry needed more platforms to spotlight budding talent. Just like Arise Fashion Week before, it championed design titans but she also made a point to highlight the next generation of design talent through the young designer’s fashion fund. This move earned her a spot on the Business of Fashion 500 list of fashion innovators across the world.

The past decade has seen her witness ups and downs, as the challenges of building a concept like Lagos Fashion Week in Nigeria are oh so present. On the lessons learnt from past fashion week cycles, the founder says, “We’ve learnt so many lessons over the years and for us the most important thing is to know that it is a journey, to take each day as it comes, and before you know it, the challenges that seem insurmountable become less of a burden, and you can keep going-that’s the most important thing. It’s not the pressure on the way to one’s destination; it’s the agility with which you respond, and having the support of your family, team-your colleagues- and your community helps.”

Looking to the future, Lagos Fashion Week is particular about pushing for a more sustainable next decade of fashion. Regarding what they will be doing differently this year, Omoyemi describes the current mood as,“ What works best for all.. This season is a hybrid of in-person events, digital events, and offsite shows that have been carefully curated to ensure that the creators within our community are comfortable with their approach to showcase this season. For the first time, we have an unprecedented number of brands that want to show offsite; they are opting for a more personalised showcase which shows growth. Fashion Business series remains digital this season. We are looking forward to this new format and we hope you are too.” 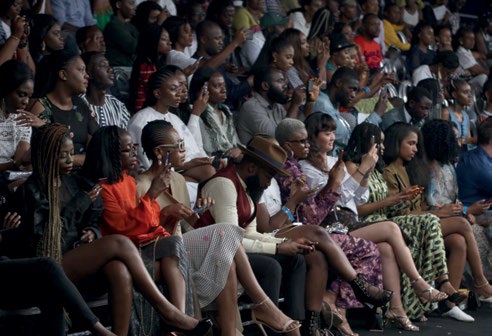 The COVID-19 pandemic greatly shifted the tide and changed the dynamics of the industry as a global collective. 2020 saw LFW move towards digital fashion events and hosted discussions that tackled fashion’s future. One thing that stuck out? A greater emphasis on restructuring the sector to become more sustainable and more calls for the democratization of fashion to shine a light on overlooked, young talent with their finger on the pulse. Recent initiatives like the Green Access Fund are clear indicators of the work the organisation intends to do, which is to walk the talk and encourage younger brands to think ethically in their operations. To usher in the new decade, the institution has called on creatives to showcase their art in alternative formats like film and interactive displays in addition to the standard catwalk schedule. The move has been seen as a clear response to the exhaustion of runway shows and the politics of who gets “FROW’. Interestingly, LFW had already experimented with intimate fashion presentations in the late 2010s to great success, making 2021’s pandemic safety measures feel like a natural progression.

So how exactly will this famed entity carry on in an uncertain digital age of fashion and its call for circularity? In words pieced together from the interns, designers, editors, stylists, and showrunners who make up our ecosystem: The strength of a community built on innovation and resilience can never be broken. Indeed. 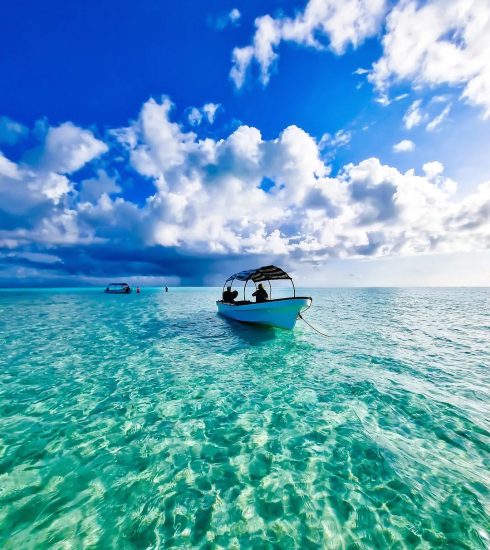 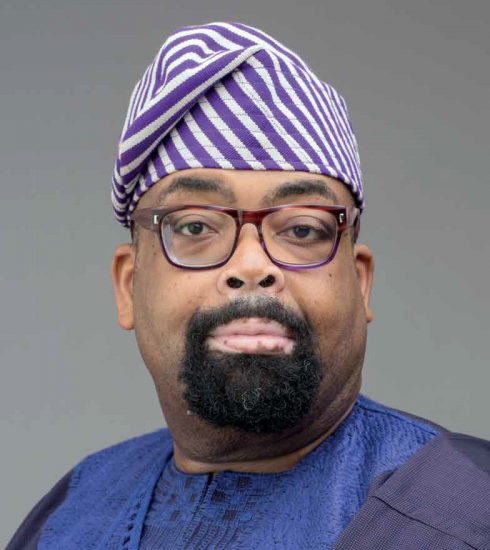 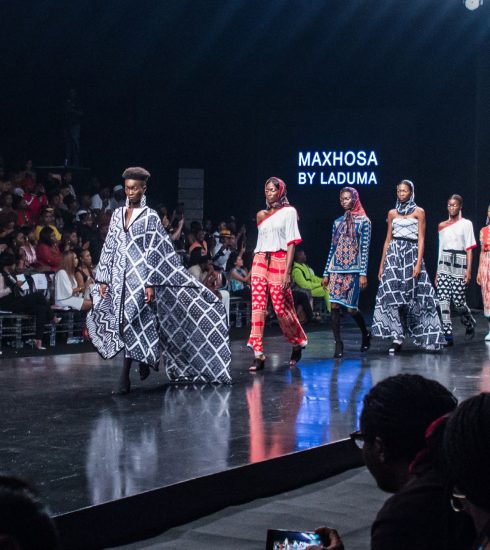