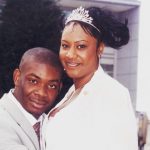 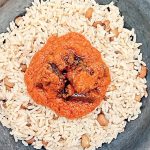 Content is the new crude and now more than ever, the music industry is on full display. Music in particular has been a major facilitator of the Nigerian cause on the global stage. The authenticity in the sound and passion of the lyrics have prompted new audiences to explore our music and ultimately fall in love with it.

Artistes now cater to a more diverse audience and that increases their value. As their value increases, they become more financially profitable.

Bigger artistes have personal funds and powerful labels to help further their cause and get the spotlight on them but sadly, a large percentage of independent artistes who make quality music have no means of promoting themselves at all and so most times they have no chance at making any significant progress.

‘Ejoya’ is the music technology company that is making a way for ‘unbankable’ independent artistes to make real progress and greatly advance their careers through partnerships, branding, and marketing for free.

Downtown’s Chisom Njoku sits down with the newly appointed chief executive officer of Ejoya to talk about humble beginnings and how they intend to change the game among other things.

Who is Toba Adeyanju?

He’s the CEO of Ejoya and a mechanical engineer by training.

How did you get into the music business?

I think the music industry chose me because I honestly just fell into it. It was initially just to make a living but I put my all into it as I’m very intentional about whatever I do and the rest is history.

I come from a family of five and I have two brothers. I was born in Lagos island but I grew up in Epe and eventually moved around Lagos.

I’ve always been a very quiet person, I was an ‘omo get inside’ so I’ve always just enjoyed my own company. I was never a social person but my work puts me out there so I have to interact with people often.

Ejoya is a music technology company that people often mistake as solely a distribution company, but it’s much more than that. We are disruptors creating solutions to help artistes get their music to where it needs to get to and also monetize so it’s not just helping distribute their music.

Am I correct in assuming that Weird MC’s hit song ‘Ijoya’ had something to do with the naming of your company?

Oh no, it wasn’t inspired by her at all *laughs* the founder Ayoola Oni’s father actually came up with the name.

How has your platform been able to help artistes?

We do our best to provide everything necessary for independent artistes.

We try to develop them and grow with them. We genuinely want to work with artistes that make good music and are serious about their careers.

Not only do we handle the marketing side of things, we’re also working to offer advances to artistes so they’re able to put that money into improving the quality of their lives and cover important expenses like styling, branding, and other costs that may arise without them having to sign their lives away.

Considering that the company is predominantly run by young Nigerians, how does that affect structure?

Honestly, it’s not very easy particularly because we’ve had to work remotely due to the COVID-19 pandemic. Our office space has been closed since March last year but we’re renovating the space and hopefully, we can go back to the office soon.

It’s not very easy because you have to direct people to deliver in a timely fashion and that’s difficult because sometimes people want to chill and there are still things that need to be done.

On the bright side, everyone involved with the company strongly identifies with what we’re doing and genuinely work so things can ‘pop off’. I try to motivate our staff by letting them know that everything they do for the company, they ultimately do for themselves because they’re developing their skills on the job. 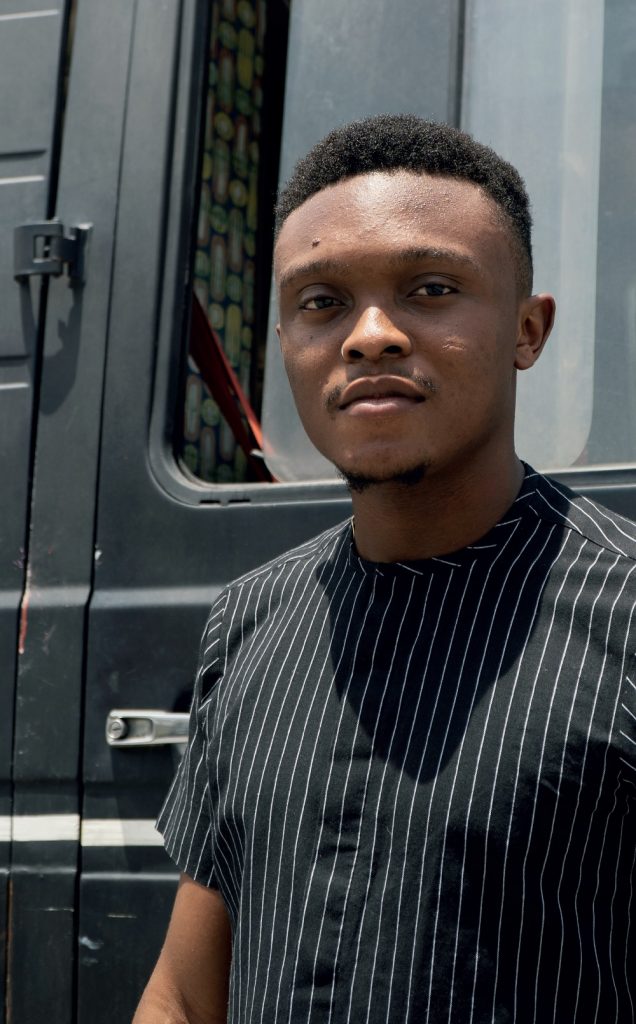 What’s an average day in the life of a 25-year-old CEO?

It’s me waking up at 5a.m, having my morning prayers [while subconsciously thinking about all I have to do] and after that, I check my email followed by our update meetings.

There’s always a lot to do because the music industry is a very funny place – sometimes you have to put out fires or sweet talk people to advance your cause.

When I’m done with all the pendings, I go through my reminder app to make sure I’m not missing anything. After that, usually, it’s my team and I talking to DSPs (digital streaming platforms), media houses, speaking, or meeting with artistes.

There are rare days when I have time to myself but most days I’m usually swamped.

What are 3 things you can’t live without?

My phone. It’s literally my office, I can’t live without it, a face mask, and my wallet.

How does it feel to be CEO of such a forward-thinking yet unconventional company?

It’s truly amazing and sometimes I don’t believe it. There’s a lot of growth because when I first joined, I came in as a business developer and I never saw myself assuming this role but it happened. Everyday I appreciate the opportunity because I know there are a million more people out there just as qualified but it was me.

There are days when I feel overwhelmed trying to finalize five pendings and they all depend on people who aren’t making things easy. Regardless, I’m grateful for the role every day and I try my best to improve myself for the position.

What did you study in the university and how did you find yourself in this position?

I studied mechanical engineering at Landmark University but from 300 level, it was crystal clear that I wasn’t going to practice it.

I’ve always known I would lead in some capacity as a businessman of sorts.

I’m a firm believer in the notion that what you study does not have to be what you ultimately end up doing.

I’m not saying no more conventional careers because we need them but if you don’t love it then don’t stress about it.

In the past foreigners have taken advantage of our natural resources and now foreign labels are springing up to tap and monetize our creative resources. How do you think this new generation of Nigerians and creatives are equipped to better deal with foreign attention?

I feel like they succeeded in the past because we were unintelligent back then but now we’re aware of so much more and exposed to a lot of information. They can’t pull a fast one with this generation because everyone is aware of what is attainable and what the standard should be.

How is ‘Ejoya’ looking out for independent and unsigned artistes and how do you decide who you want to work with?

The first thing we check for is the music, that’s the most important thing. Then we focus on serious artists who have plans for their release alongside proper attention to detail.

We listen to all the music that’s sent to us and we look out for information about the song and the artiste and all the little details matter.

The criteria are music, intentionality, and seriousness. We also pay attention to your social media and past numbers.

What’s a major challenge you’re currently facing that you feel is hindering the growth of ‘Ejoya’?

I would say gatekeepers. I feel like I’m constantly in the process of breaking doors because there are many gatekeepers in the music industry. A whole lot of people want to keep resources to themselves. There’s a lot of bureaucracy and there are commercial factors to consider, but that won’t stop us because we’ll keep kicking down the doors that try to hinder us.

Are there any plans of expansion in the future? If so what are they?

We’re already in the process *laughs* we’re trying to close funding to expand the company, it’s in the works.

There are a lot of things that we have coming, we’re currently working on a ‘DIY’ product for artistes to distribute their music themselves.

We are also working on getting better terms for artistes so they don’t have to stress too much to repay advances.

There are big expansion plans and they’re already in motion.

I understand the Ejoya Class of 21 is currently in the works, could you give us some insight into what it’s all about?

We’re calling Ejoya Class of 21 ‘Intentional Music’ because that’s exactly what it is. This year we’ve invested heavily to make sure this is one of the best music projects to come out of the country.

We have a host of bubbling artistes including Oxlade, Wani, Psycho YP as well as amazing artistes that nobody has ever heard of. Styling, direction, photography, and every important thing has been ticked and I really can’t wait to share it with the world.

There are rumors of Ejoya shortchanging collaborators (artistes) and refusing to report accurate streaming numbers. Kindly give us some insight into this.

This isn’t true and concerning transparency, we’re on a whole other level. I told our finance and content team to start creating documents that help artistes find out

exactly what their numbers are with minimal stress.

Ever since I’ve been with Ejoya we’ve never had an issue of not telling artistes what they’ve earned. The only time we’ve actually had an issue with an artiste was when one had inflated his streams and it didn’t tally with his listeners and that nullified it due to authenticity.

How is ‘Ejoya’ encouraging transparency in its operations with artistes?

What we do is we send a monthly log to our artistes so they see the exact money they’ve earned as well as all necessary information including plays and countries listening so the information is bulky. We are very keen on transparency and now we ensure that the artiste is fully carried along every step of the way.

What’s the long-term goal of ‘Ejoya’?

The long-term goal is to have everything we need for our artistes to have maximum resources at their disposal. The future of Ejoya is helping artistes maximize their income and improve financial literacy among them so they can better invest their income. The future is massive and it transcends music because there’s so much in the works. I can picture an all-serving platform that handles different aspects of music and entertainment so it’s a beacon to artistes.

What do you think is the future of the Nigerian music industry and how is ‘Ejoya’ positioning itself to be a major player in that future?

The future of the industry is breakout artistes. It’s so easy to push an artiste to mainstream appeal now as opposed to ten years ago. I see the future being very competitive because there will be a lot of new talent coming out yearly and there will be a lot of poachers. Right now the top 3 (Sony, Universal and Warner Music) have a presence in Nigeria because they know there’s something here and people like us [Ejoya] can push these artistes to the limelight.

This is a very good thing because more people will have opportunities to push themselves forward.

Streaming numbers will rise as well with the entry of platforms like Spotify into the African market and the lifespan of careers will get shorter as the competition will be intense. 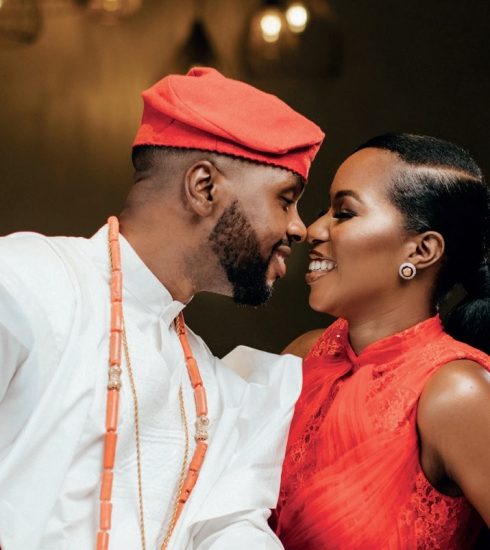 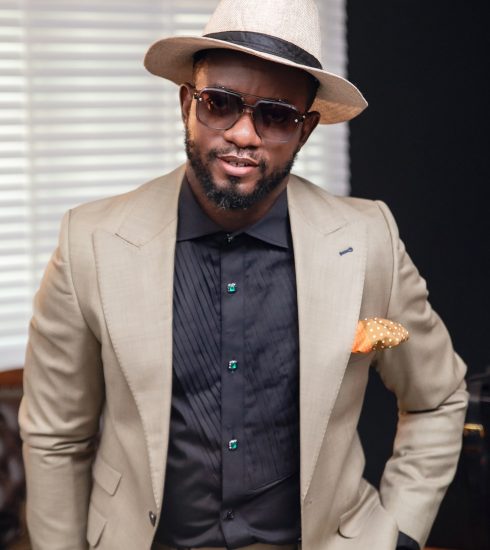 Uche Nnaji Threading The Path Of Menswear In Nigeria 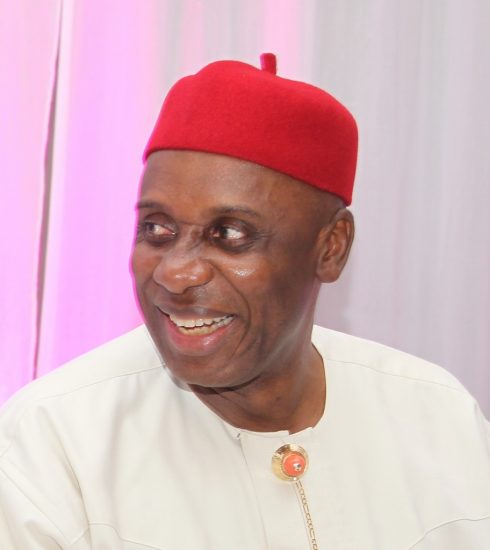