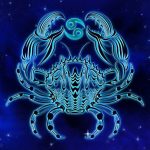 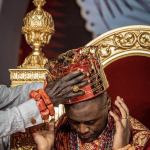 Saliva has always smeared itself all over sex’s reputation for as long as anyone could remember. The natural lube of intercourse as it is fondly called, regardless of its free pass in the bedroom, has a reputation as an indicator of disgust that very much precedes it. A few reading this might harbour that same feeling of disgust towards this kink for reasons like; COVID, Monkeypox and the general sliminess, but, as far as kinks go, they sprinkle fun on ‘vanilla sex’ disgusting or not.

Now, using your spit on your lover as a lubricant while having sex may feel natural to some, and if you like it, it might lead to a heated session in the bedroom. But, if the thought of someone drooling or spitting on you (or you do it to someone) makes you feel hot, you most likely have a drool kink. Relax, you aren’t weird. In actuality, this is a considerably more common fetish than you may believe. Research conducted on 4175 Americans about sexual fantasies by Justin Lehmiller, showed that out of those participants, around 43% of men and 35% of women, admitted to having fantasied about spitting during sex at some point in their life.

The bartering of fluids during a passionate make-out session with whoever is usually a case of what you don’t know wouldn’t kill you because they’re exchanged unconsciously. Something most people are comfortable with compared to having it shot at you during lovemaking. But not all drool play has to be cocked, loaded and ready to fire like a Barretta. Understanding the dynamics would do you a world of good in interpreting your partner’s modus operandi for how well to spit or be spat on. Someone with this fetish might like being spat on aggressively, with more power and speed.

Someone with a softer and more adoration spit arousal, or someone who enjoys the sensation of fluids on their bodies, may favour slow, almost drool-like spit, creating a very intimate sort of bridge between the two persons. By that, it’s worth noting that droll play doesn’t always involve spitting in mouths. All it could take to satisfy the urge of someone into spit play could be sloppy fellatio. Not everyone might like being spat on or at, but we can all agree that when it comes to head, the sloppier the better. If someone is into spit play, that doesn’t necessarily mean they’re into everything spit-related. Communicate with who you are with on what they might like, where they might want it, or how comfortable they are with swallowing or spitting back.

None of this implies that you should spit or be spit on if it makes you feel very uncomfortable. Spit play isn’t for every Tom, Dick and Harry, and although no one should mock or ridicule others’ kinks, no one should force others into theirs. This is something more people should acquaint themselves with because consent plays a volatile role when it comes to fetishes. I wouldn’t say I have a problem with including saliva in my bedroom activities, but I know I wouldn’t act hunky-dory if someone spat on my forehead mid-sex. Gradually introducing it, however, might sway me. The whole adoration thing is more my speed. So when my saliva-drenched tumescence briefly disappeared down Jade’s throat, I couldn’t help but wrinkle the sheets in my hand and moan f–k gently. My legs were spread apart, and she had pitched a tent right between them. I stared down at her as webs of saliva stretched between her fingers as she tried to get a better grip of my penis. Her mouth made slurping noises, and mine made more pleasurable groans. My muscles tightened, my toes curled up, and the upper part of my body contoured to the side. I was about to climax, and my moans grew louder and louder. She kept looking back up at me as she sucked faster and paired that with speedy hand strokes. This combo was the final straw; I shot strings of sperm on her face, breasts and hand before she wrung out what was left in me. As I lay there, twitching and trying to catch my breath, Jade wiped down all the saliva and semen off of me before getting up to clean herself. This was the sloppiest fellatio I’d ever received and the best so far. 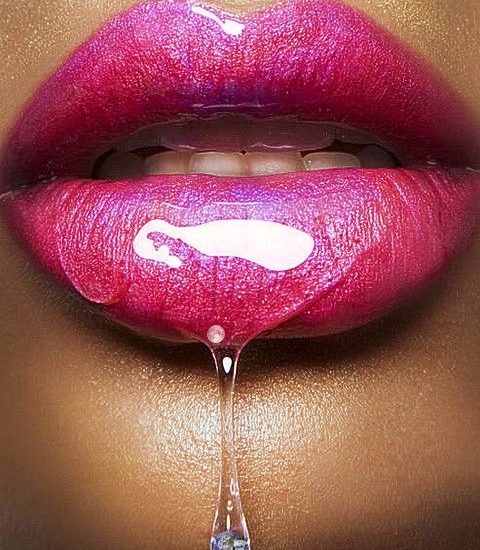 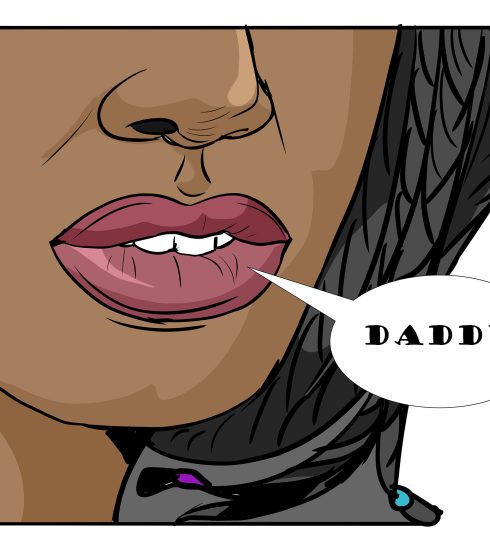 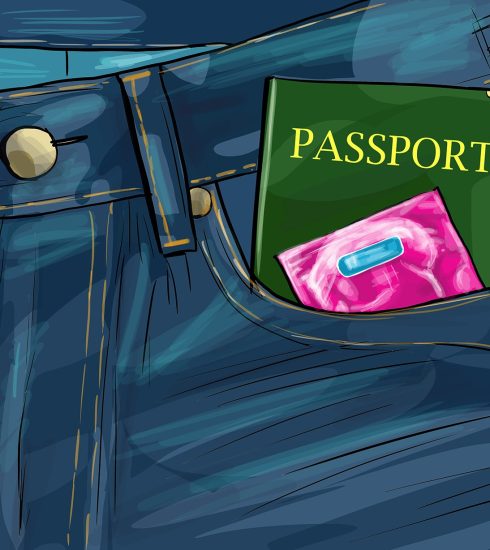